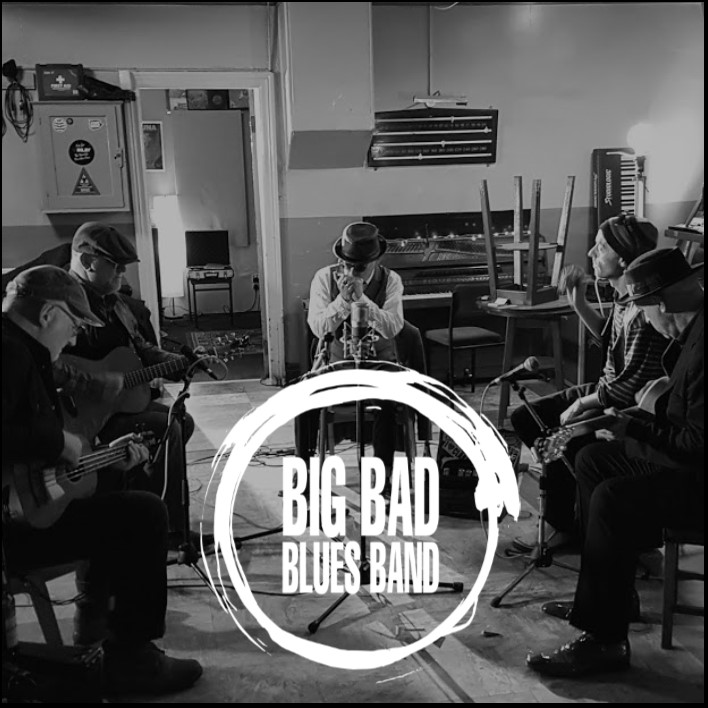 Inspired and influenced by the style of blues still played today in the clubs and juke-joints throughout the Mississippi Delta, The Big Bad Blues Band play authentic pure acoustic blues.

The Big Bad Blues Band formed in 2019, when Tim Williams, returning from one of his many adventures in the American deep south, approached Steve Kendra and Michael Shaw with the idea of recreating just a little of the spirit and style of the local blues musicians he has seen, and played with, in the juke joints and bars of Mississippi during his visits.
The initial, two guitar and harmonica, line up of the band completed with the addition of Steve Aspley on cajon and percussion, and Steve Collington on acoustic bass, bringing just the right laid back, easy feel the band was after.
In November 2019 the band recorded The South Bank Social Session at Young Thugs Studios in York. The first live track, Bottle Up & Go was released in January 2020. Having made it through the COVID-19 pandemic relatively unscathed The Big Bad Blues Band will be back on the road later this year bringing the real blues to live audiences in the UK.