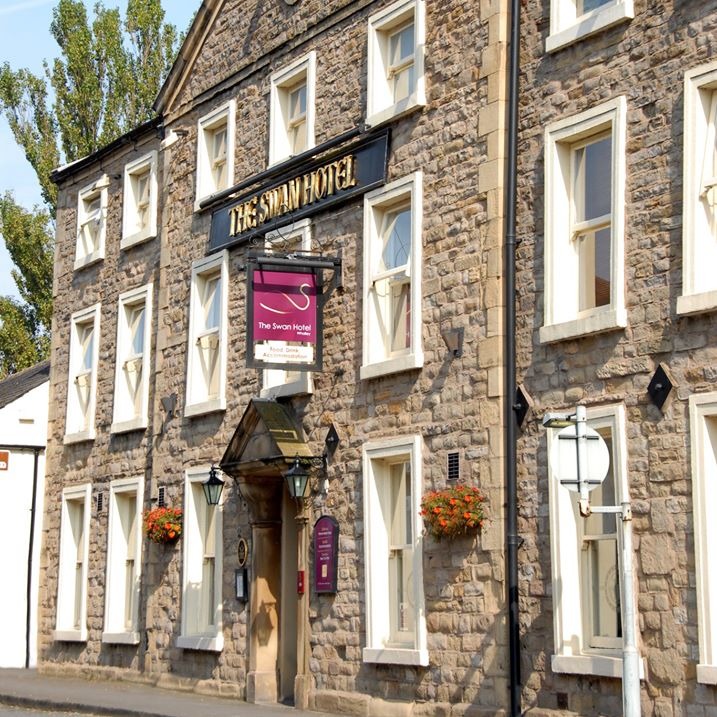 The Swan Hotel is a 250 year old coaching inn located at the heart of the beautiful, vibrant and busy Ribble Valley village of Whalley.

Our Grade II listed building is historically called a “hotel” but we are best described as a pub with rooms!
We think The Swan Hotel retains plenty of charm with six lovely en-suite guest rooms above our restaurant and bar and our own large car park free for our customers to use.

Our vibrant, extensive bar offers a warm and cosy atmosphere and a range of drinks to suit all tastes – cask ales, cocktails and over 20 gins on our “gin bar”.
A morning brew, a lunchtime tipple, a couple of pints or an evening nightcap. Winter warmers by the fire, summer thirst quenchers at a sunny outdoor table.

Enjoy our award winning selection of locally brewed hand pulled real ales and draught lagers. We have an extensive choice of wine by the glass, freshly-brewed coffee, tea or “brownie” hot-chocolate and some lovely choices of soft drinks.

Le Funk will be appearing as an acoustic duo (guitarist + singer)