Ewan McLennan has, in a short space of time, come to be known as a guitarist at the forefront of his generation; a troubadour, balladeer and storyteller cut in the old style; a singer that can move audiences with his passion and pathos; and a songwriter for whom social justice is still a burning issue.

By the time he began playing the folk and acoustic music clubs around Britain in 2010 he’d already been playing music for years – guitar and piano and all kinds of styles but with a strong interest in folk songs.

He was signed to Fellside Records also in 2010 and recorded his first full album, ‘Rags & Robes’. It received critical acclaim, put him firmly on the folk circuit and in 2011 won him the prestigious Horizon Award at the BBC Folk Awards.

His second album, ‘The Last Bird To Sing’, was released two years later in 2012 and again was enthusiastically received. He continued to win awards off the back of this: two Spiral Earth Awards in 2013 and then the Alistair Hulett Memorial Prize for Political Songwriting the same year.

This also led on to him being asked to be part of the acclaimed Transatlantic Sessions in 2013, which saw him performing and recording alongside some of the world’s finest folk musicians.

Having learnt from and worked with both Martin Simpson and Dick Gaughan over recent years, it’s evident in Ewan’s guitar playing and in his music that he has absorbed and inherited a great deal, and at first hand, from the older generation of ‘folk greats’ before carving his own path. The songs he sings and writes are rooted in traditional songs and the tradition of folk music as social commentary.

Ewan’s most recent project, entitled Breaking the Spell of Loneliness, is a collaborative tour and album with renowned author and journalist George Monbiot, seeking to use music and word to open up the issue of loneliness and community. 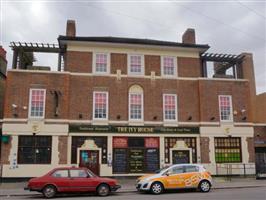 The finest beer in London: 8 real ales and ciders, and a wide range of craft beer in keg, key keg, and bottle.