True Gold began life way back in 2005, when founding member Lee James put an advert out for musicians, which would form into a Spandau Ballet tribute band known as Highly Strung. The band split in 2010, only to reform after many requests to do so, under the new name of True Gold 'The Spandau Ballet Experience'.
​
The band is now sounding, and looking better than ever!

Having performed in 100's of venues over the years, they have courted much praise from renowned artists.

True Gold are the 'official' Spandau Ballet tribute band having received praise from none other than Spandau's very own Gary Kemp, Steve Norman & Tony Hadley!

True Gold have performed twice with Tony, the second time coming in 2014 when Lee & Tony sang together on BBC's The One Show.
​
As Gary Kemp once said after seeing a photo of True Gold performing "Double Take! Is that Tony up there???" 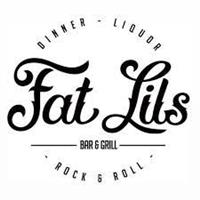