Warrior Soul is an American heavy hard rock band formed by lead singer and producer, Kory Clarke. Clarke started the band on a bet from a promoter at New York City's 'Pyramid" club on Ave A after a solo spoken/performance art show called "Kory Clarke/Warrior Soul". Clarke boasted He would have the best Rock Band in the city in 6 months, 9 months later he signed to Geffen Records for a million dollars. Geffen insisted he shed his hired band and get new players. Clarke insisted on keeping Pete McClanahan as his bass player and the head hunt was on. Searching both coasts for 18 months and several mass tryouts still no one understood his vision. After a long and painful battle with Geffen execs which forced the removal of legendary Detroit guitarist Gerald Collins, Clarke had to either find someone else or lose his new managers (Q-Prime Management) and be hung up in legal battles with Geffen for several more years destroying a very promising career because Gerlald Collins was a "Black" guitarist and didn't have the image that Geffen and MTV wanted at the time. Former musicians in Warrior Soul include: Bass Pete McClanahan, Guitar John Ricco, drummer Mark Evans. Earlier players on drums and bass include Robert Pauls, Sam Manelli, Mark Archebald (ex Overkill and Warlock), Paul Ferguson (Killing Joke), Scott Duboys (ex Nuclear Assault, Cycle Sluts from Hell) Christopher Moffett (ex Mighty Joe Young, Cycle Sluts From Hell). 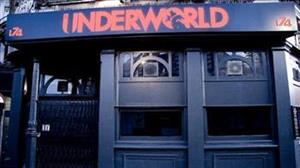