The rebellious singer/rapper/producer was part of indie rock band Ask Martin while in high school, but when her bandmates went on to college, she decided she didn't want to go down a traditional path.

She chose a stage name inspired by Blondie, with an attention-catching aesthetic that was part cyberpunk and part J-Pop. She struck out on her own, performing at all the local open mike nights that she could find, which eventually caught the attention of BBC Radio 1.

Her inventive sound combined the futuristic pop of Charli XCX, the cheek of Lily Allen, the attitude of M.I.A., and the genre-blurring tendencies of Grimes.

In her songs, she rapped about gender, societal pressures, critics, bad boys, and mean girls, employing a confident brand of girl power in the tradition of the Spice Girls. 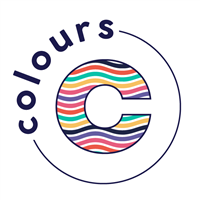 We're a 450 capacity live music venue, bar and restaurant, situated in the heart of Shoreditch, London.