Katie Doherty and the Navigators

Katie Doherty, is an award winning singer-songwriter based in the North East of England.

Katie's latest project is a collaboration with fellow North East based musicians Dave Gray and Shona Mooney...exciting developments will be announced shortly!

She studied music at Newcastle University which included performance time at The Sage Gateshead. Through this she was discovered by the Folkworks initiative, which has championed her work. At the Sage, she has supported Karine Polwart, Kate & Anna McGarrigle, and Ray Davies

Katie has also performed with fellow North Eastern musician Kathryn Tickell and recorded the song "Winter is Past" on Tickell's album Strange But True.

Her first solo album Bridges was released in October 2007, on the Park Records label.

Katie has worked as composer and musical director for theatre productions at Newcastle's Northern Stage theatre and the RSC under the direction of Samuel West. She is associate artist with November Club theatre company for whom she recently composed the Musical Beyond The End of The Road.

Katie is a regular guest with folk band Broom Bezzums. She added vocal harmonies on two tracks on their 2011 album, Wine From a Mug (the title track and Empire Windrush). After two German tours with the band she was asked to contribute more vocal performances for the 2012 album, Winterman. On the 2015/16 release, No Smaller Than the World, Katie contributed the song from which the album title was taken, Passing Through, also taking on lead vocals. Her singing features on eight further songs on this album. 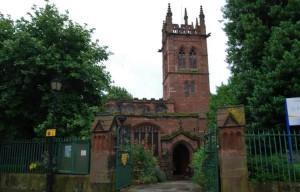 A vibrant cultural venue for the city of Chester. A stunning space with adaptable staging, set in gorgeous hidden corner of the city.