Influenced by the prog giants of the 70's but with a notably unique sound of their own Twisted Illusion are making a name for themselves as the must see/hear prog band in the UK right now.

The band released their debut "Temple of Artifice" in 2016 and have since gigged all over the UK to promote it's release.

The band played a sold out hometown show in 2016 to celebrate the success of TOA.

With a full length album and a double album released just 12 months apart the 4 piece prog outfit has gained a notable fan base and has even performed for the first time at Bloodstock festival in 2017.

Their recent double album "Insight to the Mind of a Million Faces has gained national attention, with reviews appearing in both Classic Rock and Prog Magazine.

Love Queen? Rush? Dio? How about if you crammed them all together into one big, fleshy prog-rock meatloaf, seasoned with a lack of restraint that makes Devin Townsend look like John Denver? If that sounds palatable, then Twisted Illusion could be right up your street. (Classic Rock) 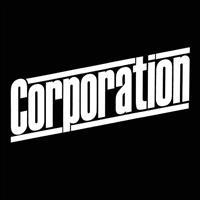 Corporation is one of the top3 live band venue and alternative music nightclubs in the UK and we’ve been generally gnawing at the coat tails of the establishment since 1997.