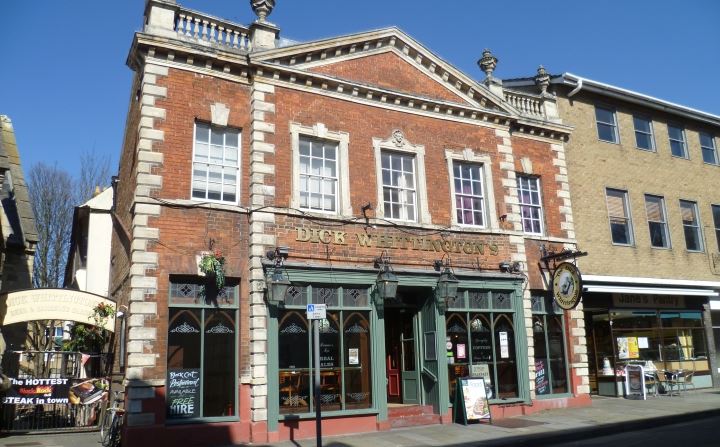 Named after the original owners famous nephew who became Mayor of London.

We are a family run pub in the bustling city of Gloucester,
A warm welcome awaits you as you arrive in this 13th Century house which is now an Inn.

With six ales and six ciders on at all times you have plenty to choose from, we serve home cooked food made to order and we are the home of the Famous Black Rock Grill.

Quiz Night every Tuesday from 8pm