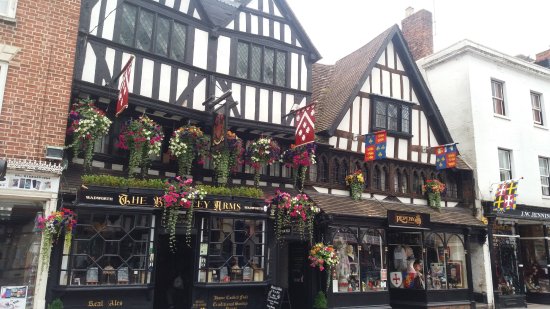 Popular 15th century half-timbered Grade II listed pub, just off Tewkesbury Cross. The entrance to the public bar is from the street, whilst the Lounge Bar is accessed from one of Tewkesbury's many alleyways.

There have been many improvements to the premises over at least 800 years, the surviving oldest part being a 12th century barn, now a medieval style dinning area.

Laurence and Natalie, hosts for the last 5 years, have recently updated the Berkeley Arms to reflect it's 12th century medieval heritage. This is well worth a visit just for the atmosphere.

The good food, beer, cider and wine tick all the boxes. The Berkeley Arms has Cask Marque accreditation and can be found in Camra's 2017 Good Beer Guide, both reflecting high quality.