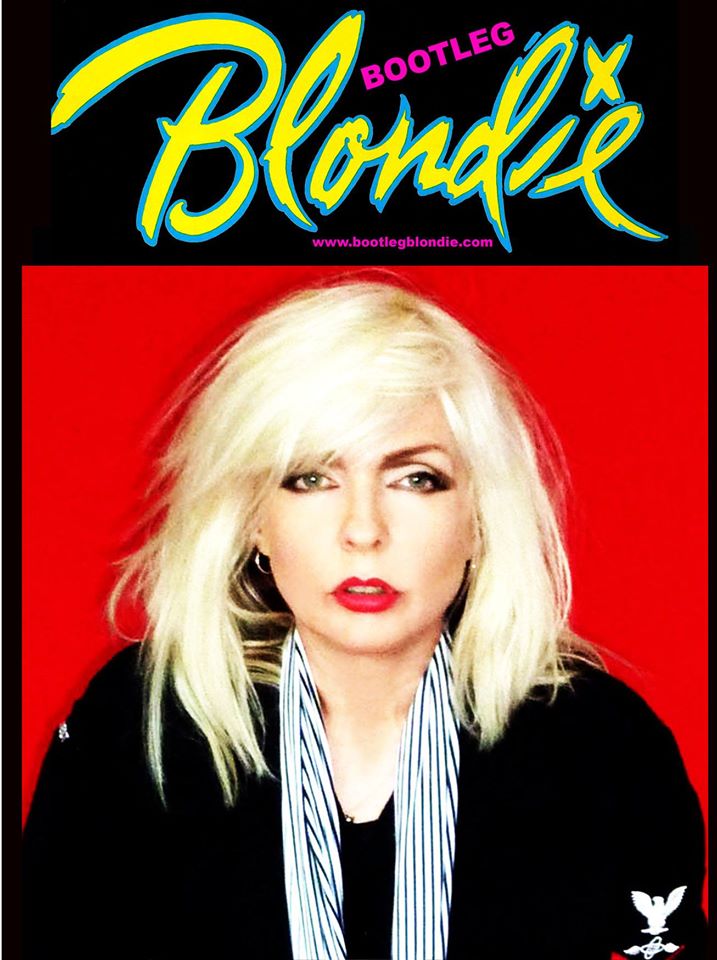 BOOTLEG BLONDIE is the world’s No.1 official Debbie Harry & Blondie tribute band established in 2001, the only Blondie tribute to play the legendary CBGB in New York City and unique in that not only have they had the honour to be thanked on Blondie’s 11th studio album ‘Pollinator’, but also toured the UK in 2019 with one of Blondie’s founding members and legendary drummer, their good friend Clem Burke, to celebrate 40 years since the release of Blondie’s iconic album Parallel Lines! In an interview Andy described Clem as the coolest older brother you could ever want.
Both tours were a whirlwind of sell out shows, radio, press interviews and fab reviews, they drove nearly 5,000 miles and played to over 7,000 people!

On a day off during the first CBBB tour, Andy and Clem wrote a song. They went into a studio in south London and recorded the track ‘Enigma Soho Au Go Go’. Debbie put down some vocals and the single was released in April of this year both online and on vinyl by Pop-Up Music. Awesome!

Debbie Harris and Bootleg Blondie can be seen at all the major venues and festivals around the UK, Europe and worldwide having played the Isle Of Wight Festival, the Shepherds Bush Empire, the 100 Club, the Hammersmith Palais and the Electric Ballroom in London, Eric’s in Liverpool, 80s Throwback Floating Festival and have played with amongst others The Undertones, Slade, Bad Manners, The Beat, Sophie Ellis Baxter, UB40, Faithless, Bootleg Beatles, Heaven 17, Toyah, Hazel O’Connor, Visage, Bananarama, Altered Images, Sister Sledge, Howard Jones, Nick Kershaw, Chas and Dave and Tony Hadley.

Debbie Harris and the boys have met the REAL Blondie many times, Debbie Harry wished them good luck with their show for their gig at CBGB in 2006 and when Andy and Debbie got married in 2016 they were over the moon to receive two video clips, one from all the Blondie band members and a personal message of congratulations from Debbie Harry herself!

Debbie Harris, lead vocalist of Bootleg Blondie, has the looks, the voice and the attitude of the original Blondie bombshell and like her heroine is typically outrageous on stage. She has been known to wear dustbin liners, thigh length boots and t-shirts with more holes than t-shirt! Debbie’s pride & joy is her guitar that she plays at every show and is signed by all the Blondie members.

Debbie Harris, as seen on BBC1, is the niece of the celebrated singer and actress Shani Wallis who played Nancy in Lionel Bart’s musical film ‘Oliver’! 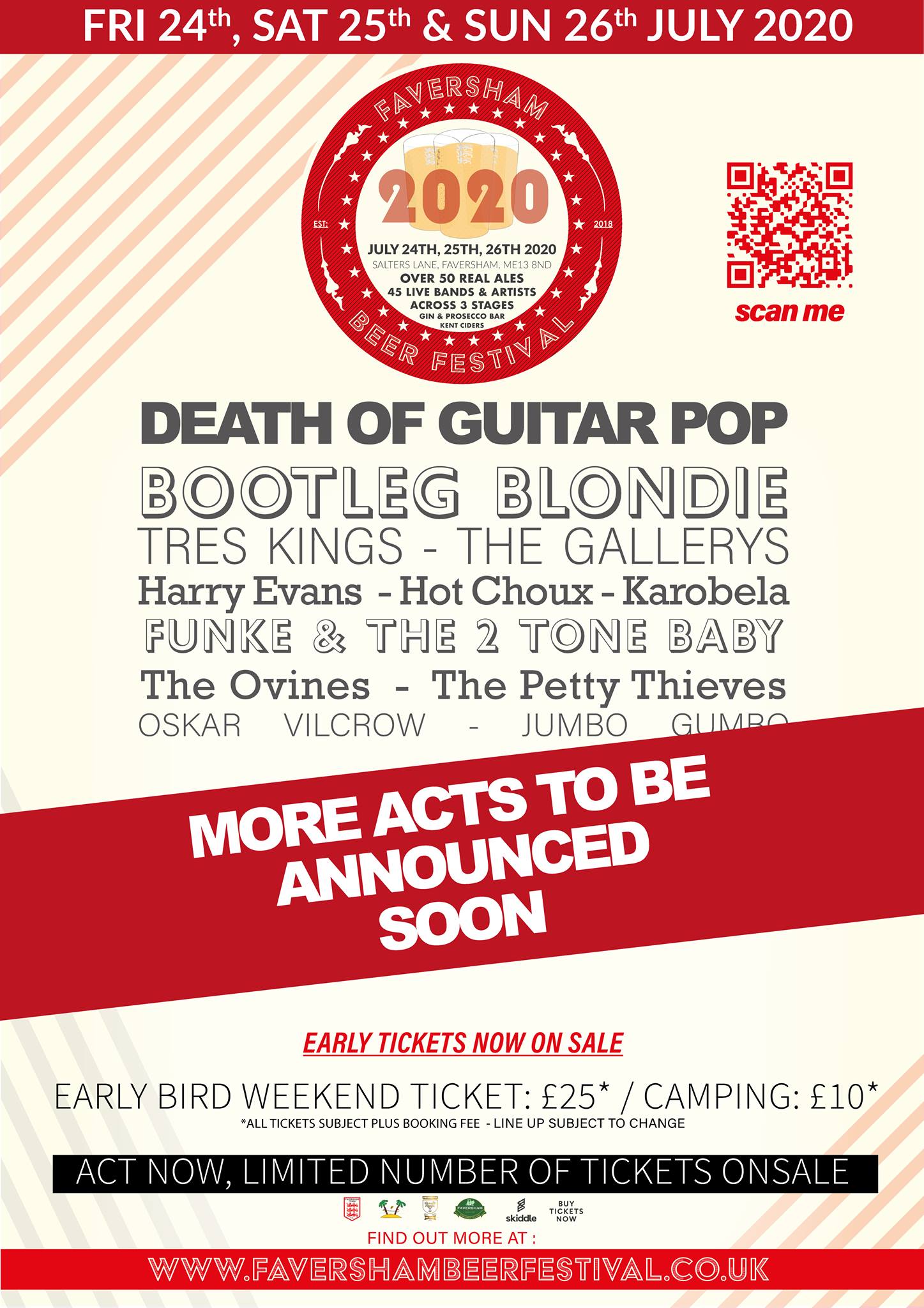 Faversham being home to oldest brewer, it knows a thing or two about beer, so what a better place to have a beer festival.

The festival will host a lots of great beer, bands and various entertainment.

Beer not your thing ?There will also be a Gin and Prosecco bar along with Cider made by the Kent cider company.
There is the little lions area in the center of the site for kids to play and get do various activities so they can have fun while you have fun.

It is less then 5 mins from the M2 by car however there is NO ONSITE PARKING for the public.

Camping and Car Parking facilities are available a short walk from the venue.

Tickets are available either for the full weekend or by the day.
Camping tickets also available.
Please visit the website for full details.