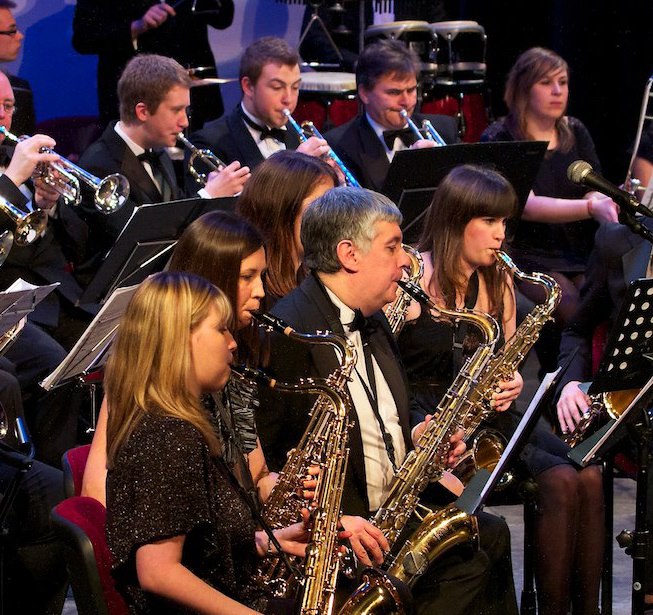 The University of Kent Big Band is directed by Ian Swatman, and is based in Canterbury. Open to members of the University community, the Big Band performs on campus in the Gulbenkian Theatre and off-campus.