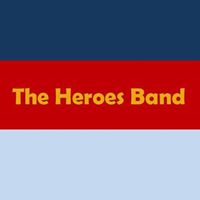 The creation of the Heroes Band was the idea of David Vaninetti-Smart, its conductor. In October 2013 David had just completed 10 years as the Director of Music of Farnborough Concert Band of The Royal British Legion, leading it from a small band in to a large nationally well respected concert band, raising funds for the Royal British Legion Poppy Appeal through concerts etc.It was obvious to him that bands are a useful PR tool to the Royal British Legion by raising much needed funds through musical performances. David thought that it would be a good idea to create a concert band to support the Help for Heroes charity.

In the Autumn of 2013 David approached the Charity with his suggestion and the rest as they say, 'is history'.

Bryn Parry OBE, CEO and Co-founder of Help for Heroes says, “Help for Heroes is all about ‘doing your bit’ and we are delighted to have to the support of David Smart and his band. The Road to Recovery is a very long and hard path, these are young men and women today but they will grow old.We at H4H want to ensure that they have the support they need for life, they deserve the best and we are doing our best to get it.”

The objective of the concert band is two fold. Firstly, to raise donations for the charity through musical performances and secondly, to bring entertainment and enjoyment to listeners and band supporters.

In February 2015 the band were pleased to be officially awarded registered charity status.