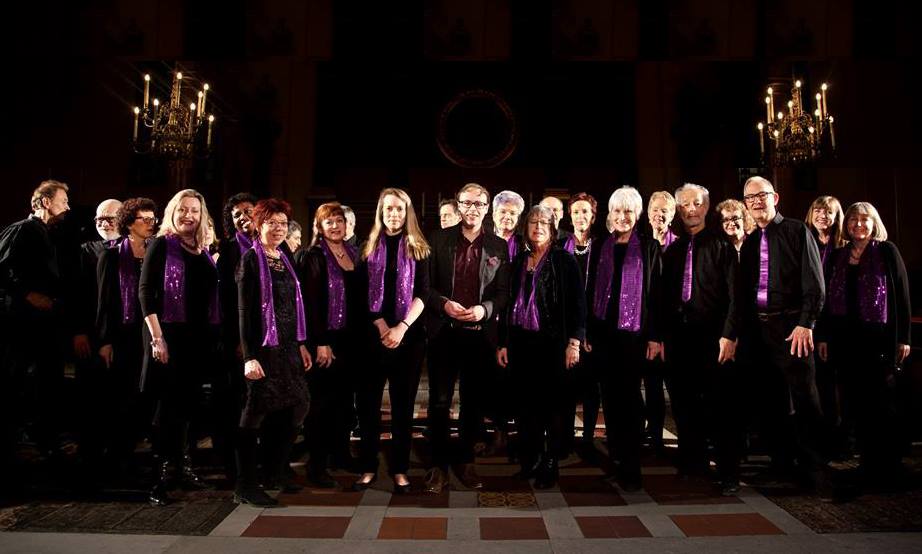 We are a lively group of around 35 music enthusiasts who meet weekly in Camden, North London, to sing jazz in four to eight part harmony. The choir has been going for over 35 years, and still retains some of its original members.

We sing original and stylish arrangements of jazz standards, Latin, traditional, and popular tunes. We have an extensive repertoire of over 300 arrangements, mainly created in-house by members of the choir.

The choir has performed in a wide variety of venues and occasions, including theatres, art centres, jazz clubs, weddings, corporate events, private parties, churches and community events. Some of the more unusual situations have included King’s Cross station, Open Mic night at the Vortex Jazz Club and London Zoo.

There are plenty of highlights, including having performed at The Alternative Miss World Contest, a charity gala at The London Palladium, The Queen Elizabeth Hall, a residency on the Barbican foyer stage, The Royal Festival Hall, and The Marlborough Jazz Festival. We also took part in Orlando Gough’s inspiring choral works at the ENO and his multi-choral production for the bi-centenary celebrations at The National Portrait Gallery.

And we were Category Finalists in the 2010 BBC Choir Of The Year competition, held at the Birmingham Symphony Hall (listen to the excerpt on us from Radio 2 programme The Choir).

And why not listen to some more of our recordings on the media section of our website, and judge for yourself?