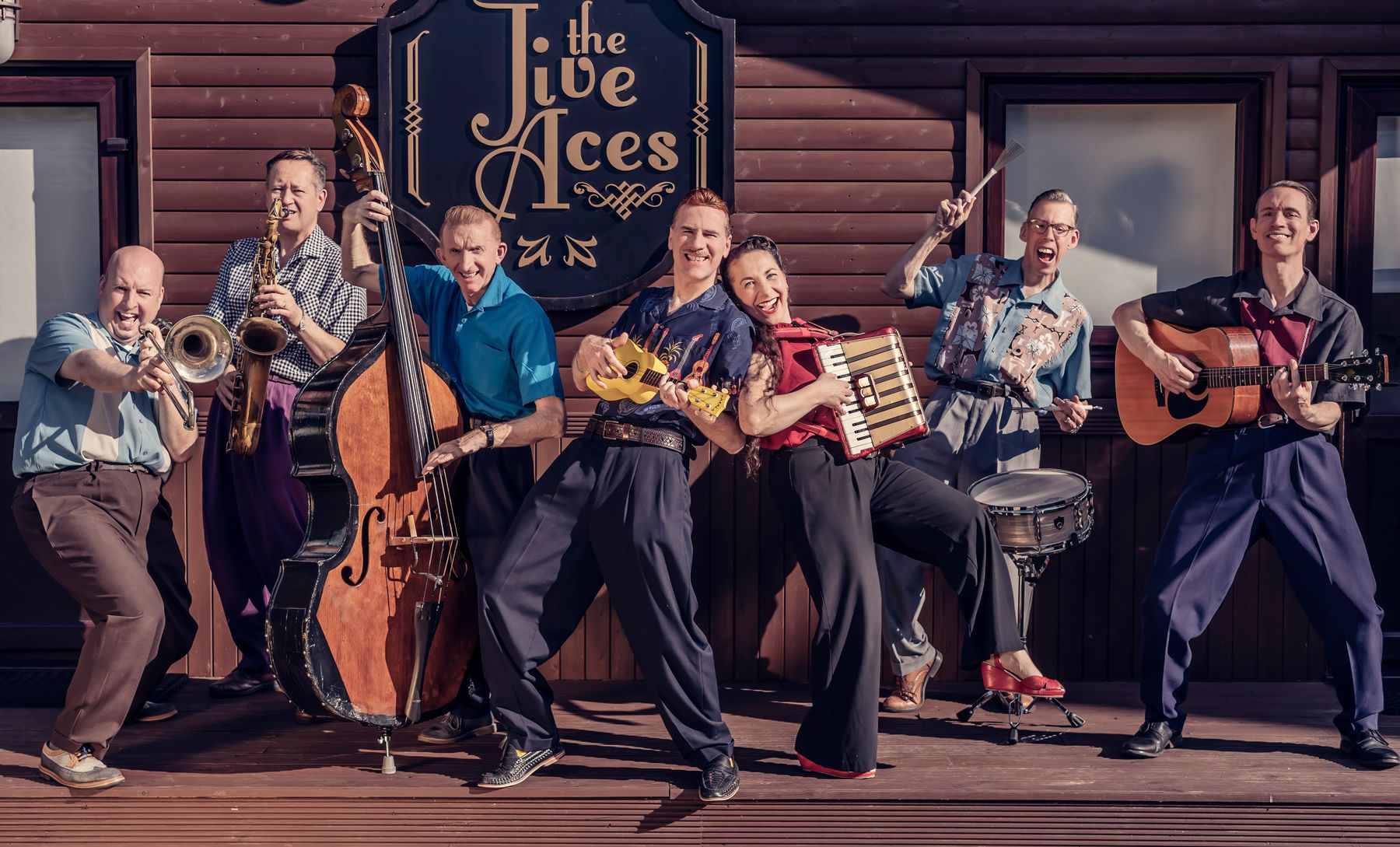 Renowned worldwide for their high-energy spectacular showmanship, their viral video “Bring Me Sunshine” and for being the first live band to reach the final rounds of “Britain’s Got Talent”, The Jive Aces have firmly established themselves the UK’s No.1 Jive & Swing band.

The live show includes classics like "When You’re Smiling”, "Mack The Knife" and "Sing, Sing, Sing", plus originals such as “La Dolce Vita” taken from their various albums.

The in-demand sextet average 300 shows a year and have worked with Van Morrison, Keely Smith and performed for HM the Queen. They headlined and sold-out the Royal Albert Hall and thousands of festivals, theatres, dance halls, etc, in 35 countries, including Buckingham Palace for the Coronation Festival, Trafalgar Square for the Olympics and major theatre tours in the USA.

Their performance at the 2015 Glastonbury Festival was listed by the “Daily Telegraph” as one of the festival’s highlights.

The Jive Aces wowed the judges on Britain’s Got Talent with their show-stopping version of “I Wanna Be Like You”, which famously cheered up a grumpy Simon Cowell. Their BGT appearances were seen by over 20 million.

Their most popular music video, “Bring Me Sunshine”, is a viral hit with nearly 3 million views on Youtube and has won seven film festival awards. It’s so uplifting it’s actually been prescribed by a doctor! They’ve made hundreds of media appearances, including a residency on BBC Radio London and TV shows such as “The Alan Titchmarsh Show”, “Strictly Come Dancing”, “Children in Need” and “Good Day Los Angeles”