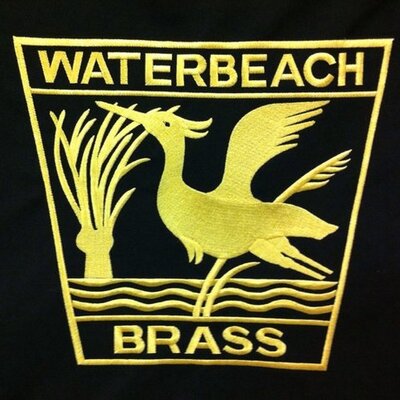 A fun and friendly second section band in Cambridgeshire.

Early in 1978, Maureen and Wally Neville approached John and Beryl Few with the idea of forming Waterbeach Brass. The first band practice was held in Maureen's kitchen with 7 players.

Within a few years the Band was 30 strong, had 15 juniors and had qualified for the national finals in London.

John soon put down the euphonium to become the Musical Director. Waterbeach Brass quickly became one of Cambridge's premier brass bands and achieved 2nd Section ranking, at the time only one step below Championship status. The band was crowned Cambridgeshire Champion in 1985. So many trophies were won that John had to be helped by Wally to hold them all!

John Few passed away in 1999. He will be remembered for the warmth of his personality, his generosity of spirit and his unstinting commitment to developing and inspiring young musicians.

The band continued with the support of several local conductors and in 2000 Waterbeach Brass became Ely Riverside Entertainment Champions and maintained its place in the 4th Section.

The Band did not contest in 2003, but later in the year did attract a young conductor, James Utting, who had recently moved to the area to take up the position of Head of Music at Manor Community College in Cambridge. There was a remarkable turn-around when the the Band re-entered the London and Southern Counties area contest in March 2004 and was awarded first place against strong competition from a large turnout of 21 bands.

From then on the Band went from strength to strength. Waterbeach Brass reached the National Finals in 2004 and again in 2006, the year in which they were promoted to the 3rd Section. 2006 also saw success in the Butlins Mineworkers band contest when they came 2nd against a strong field of bands from the whole country. Closer to home the Band won the B section of the 2006 East Anglian entertainment contest in Norwich and came 3rd in the 2007 Leicestershire Area Brass Band Association contest.

In 2008/9 The Band celebrated its 30th anniversary year in style, hosting a joint concert with the world famous Fodens Brass Band, performing a summer concert in Greenwich Park, recording its 2nd CD 'Just Good Friends', and was promoted to the 2nd Section.

Under the baton of James Utting Waterbeach Brass continued with full rehearsals and a full line-up and maintained the programme of local outdoor and more formal concerts and achieved (mostly) good contest results including: Butlins Mineworkers, Leicester, Bolsover in addition to the 'areas'. Waterbeach Brass also continued to play in the London Parks each year until the Sunday bandstand programme was stopped as a result of funding being diverted towards the Olympics. In addition to Greenwich Park, we played St James Park and Kensington Gardens. The successful formula for each year involved: coach + band picnic lunch from the band's professional college chef and catering manager + full well received programme + returns for the lunch table during the interval and after the performance to be sure that all the food and beer was not wasted + coach home = successful day. After the London Parks' work stopped, this formula was transferred to the annual seaside trip to play at Hunstanton Bandstand.

Having enjoyed rehearsal facilities provided by the Army for several years at Waterbeach barracks, the brass band needed a new home when the barracks closed in 2011. We settled into the village hall of neighbouring north Cambridge village, Landbeach.

James moved to Malta with his family in 2011. Thirteen conductors expressed interest in the MD position and David Minchin was chosen by the band. He guided the band for the next four years, gradually improving playing and contest performance boosted by new players. Cambridge is a busy employment region, bringing new players into the area, and Waterbeach continues to attract new players looking to find a brass band in Cambridge. The band continues to thrive as measured by its full rehearsals and the number of people stopping for a 'pint' after rehearsal.

Each year Waterbeach and Cambridge University Brass Band play an enjoyable joint concert in November and several members of Waterbeach Brass are ex-students now working in the Cambridge area. In 2013 Steven Mead held an afternoon workshop for both bands and played in this concert as guest euphonium soloist.

In spring 2015, the band held auditions again for an MD, as David was obliged to stop conducting to make space in his life for a new teaching job. We were flattered by the number and quality of applicants and delighted to appoint Andrew Kershaw as our new MD. We have enjoyed playing our summer programme together and look forward to a long association.

The band rehearses close to Cambridge, at Waterbeach Barracks, on Monday nights from 7:45pm to 10:00pm.

Located on The Green at Hunstanton, near the Central Prom, the Bandstand hosts free musical performances from May to September, especially on Sunday afternoons - concert bands, brass bands, town bands, pop and country groups, and other events.