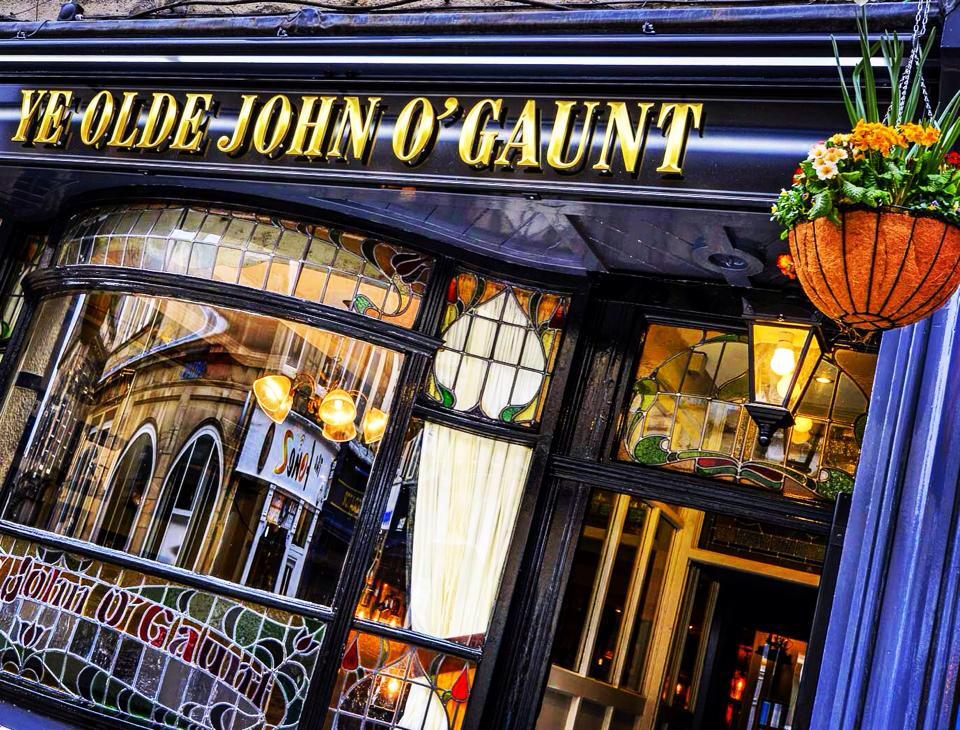 The Ye Olde John O’ Gaunt’s is one of Lancaster’s oldest and most revered pubs. This grade 2 listed building located on Market Street is famed for its traditional feel and abundance of live music performance.

The interior creates a traditional cask and craft alehouse feel, which works as a late evening music venue as well as a daytime kitchen serving food and coffee.
Over the years The Ye Olde John O'Gaunt has collated a vast and rich collection of whiskeys from far and wide, which are proudly displayed in a lockable liquor cabinet for all to see.
To the rear of the pub sits a cozy secluded beer terrace, which follows the same style using beer barrel tables and industrial metal chairs.