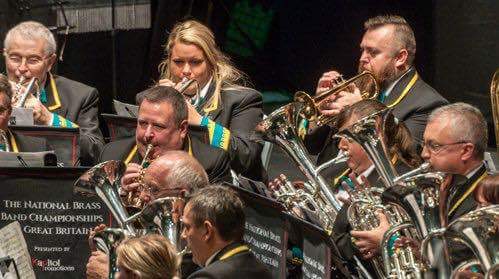 The Vernon Building Society (Poynton) Brass Band is one of the North-West's premiere brass bands.

Delighting audiences throughout the year with original and entertaining concert programmes, the band is a regular prize-winner at contests throughout the country. Following the bands victory at the Regional Championships in Blackpool in 2016 the band now compete in the Championship Section with some of the finest ensembles in the brass bands world. The band are currently directed by Stig MÃ¦rsk who developed his musical career in Denmark .