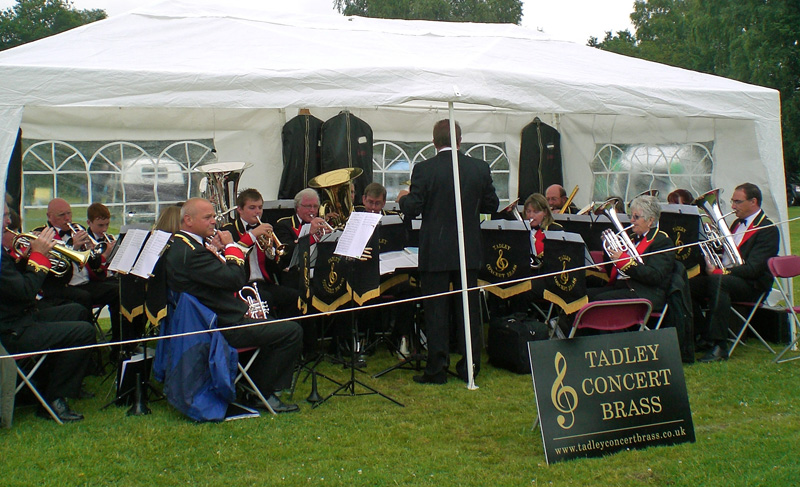 The band competes in Regional and National Competitions as well as providing Concerts and playing at Local events, Shows and Church Services.

Tadley Concert Brass was formed in August of 1979, under the Musical Direction of Mr Paul Chapman.

Paul remains Musical Director and Conductor of the Band.

The Band plays in the region of 20 Engagements per year. These include local Charity Events and Fetes, together with Formal Concerts and Contests. We have Toured on occasion and these have included trips to Austria, Isle of Man, Guernsey and Jersey

We have our own Training Band under the Direction of Mr Frank Jose. The Training Band is open to anyone from school age up and any ability wishing to start playing a Brass instrument. We are able to help with providing instruments as well.

Our current Membership of Players exceeds 40, however we are always keen to welcome new players into the Band.