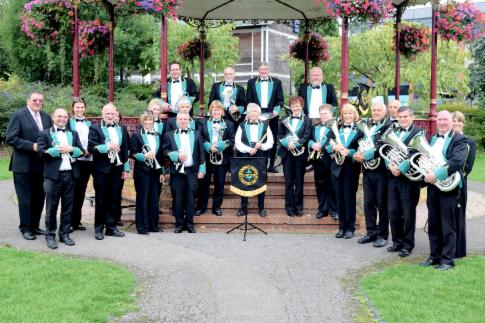 There are no auditions before joining; if someone is keen to join us then that is the primary requirement.
The band has an active training programme and trainees can progress to the senior band once a good standard of playing has been reached.

Players of any age are eligible and can have the use of a band instrument.

The band is conducted by Tim Crouter who has been involved in brass bands for many years. Apart from his ability as a conductor, he is also a fine tuba player.
Tim began his banding with Hyde and then Verwood bands culminating in being M.D. of Verwood Concert Brass in his early 20’s. He then had periods of 3 years each in the Tuba sections of both Woodfalls and Sun Life learning much from the best band trainers in the business.

Tim has also directed Wantage, Aldbourne, and Rogerstone Bands and he still leads Hungerford Town Band having taken them to the National Finals on many occaisions.

In 1998 he graduated at the University of Sheffield having completed a B.A. in Band Studies under the direction of Richard Evans.

Since 1992, Tim has been a freelance Brass and Woodwind teacher and he spreads his time between private lessons and teaching at local school

As well as a bandstand you will find a boating lake, tree trail, trim trail, children’s play area and a paddling pool in Eastrop Park.

The River Loddon runs through the park, feeding into a balancing pond in the wildlife area. You can watch wildlife from the dipping platform: on, below and beside the water (caution is recommended in wet conditions). Many birds inhabit this area including a kingfisher which can be seen hunting along the river.

Café and boathouse
This facility is weather dependent but generally open from 11.30am to 5.30pm as follows:

Bring your picnics, rugs and deckchairs to enjoy a relaxed afternoon of music.