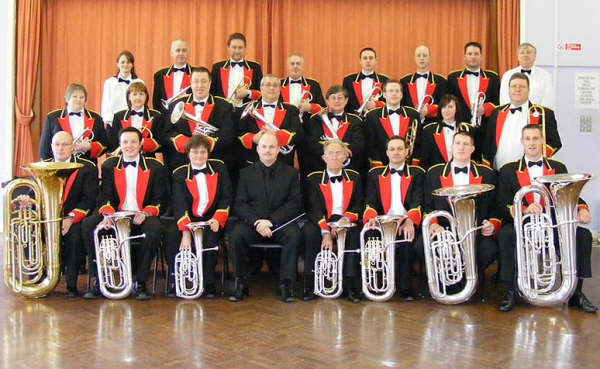 We are one of the few remaining contesting Championship Section Brass Bands in the South East and are based in Northfleet near Gravesend in Kent.

By 1931 the band had about 35 members and the success was coming. They performed at Crystal Palace and soon became London and Southern Counties Champions, amongst other awards.
Before the Second World War, they performed live at the Alexandra Palace in London.
A concert that was broadcast live on the radio!

Another live radio performance was scheduled for 3rd September 1939 although it never took place... For those of you whose history is not as sharp as it may be, that is the date that WW2 actually broke out!

During the course of the war, a band was formed in the 17th Regiment Home Guard where some players from both the Northfleet and Swanscombe bands, who were in reserved occupations, played under the leadership of Fred Garth. This continued until the cessation of hostilities when the original band was reformed. Unfortunately many of the original players had been lost.

The band continued to run in these post war years where many social evenings were organised as fundraisers by band member Edgar Crane with help from the band's "ladies committee". Most of these evenings were in the Factory Hall in Northfleet where the band both rehearsed and gave many concerts.
This Factory Hall is still in existence although the band now rehearses less than 5 minutes walk away in the Northfleet Veterans Club on the Hill.

In recent years the band has enjoyed both success and some low points but is currently enjoying a very positive period in its history. It has just been promoted to the Championship Section of the National Brass Band Championships in 2016, which is the pinnacle of our achievements under our current Musical Director, Melvin White. The band performed well at the National Championship in March 2017 and we were joined by Matthew Stein, as guest principal cornet, the principal of Wellington Brass Band, New Zealand.

Our move into the Championship Section in 2016 followed 3 highly successful years in the First Section and we look forward to a successful future.