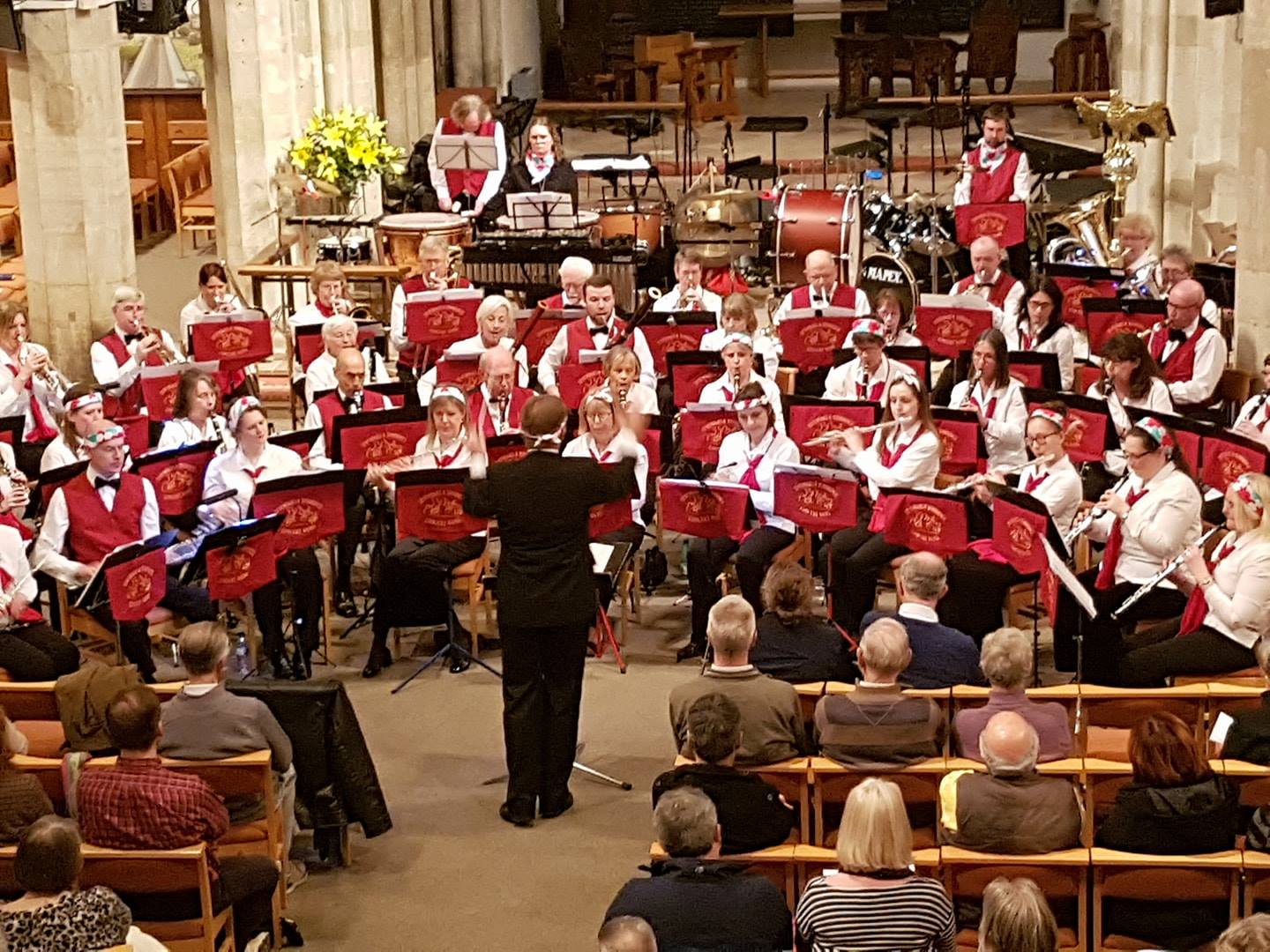 The Sevenoaks and Tonbridge Concert Band is a symphonic wind band based in Sevenoaks, Kent, but with its players drawn from a wide area. With a busy schedule of performances at different venues across the region, our repertoire ranges from original works for wind ensemble to arrangements of orchestral pieces, military band items and light music of various styles

Our Training Band offers an opportunity for less experienced players to develop their skills.

Formed in 1980, the Sevenoaks and Tonbridge Concert Band is well-known in the area’s musical community. As well as local players, it attracts musicians from further afield across Kent, and from East and West Sussex and south east London.

Our indoor concerts usually follow a theme, and explore a wide range of music chosen both to please the audience and to challenge to the players. They also enable us to raise money for selected local charities. From time to time the Band will support a noted guest soloist in a major work.

Through the summer the Band fulfils a busy schedule of performances on bandstands and at community events across south east England. We also programme concert tours in the UK and abroad, and occasional residential music workshops.

The Concert Band generally recruits experienced ensemble players, but our musicians range in age from school students to retired members. To support and develop less accomplished players, we also have a Training Band. Members of the Training Band are encouraged to join the Concert Band as they progress.

Membership of the Concert Band is open to all woodwind, brass and percussion players of at least Grade 7 standard with ensemble playing experience, subject to the need to maintain an appropriate balance between different sections.

Our Training Band welcomes less experienced players, and aims to give them the opportunity to develop their skills. As with the Concert Band, we operate a trial period rather than holding auditions. For information about the Training Band please contact the Conductor.

A membership application form is available on the bands website.

This concert will feature the Training Band.