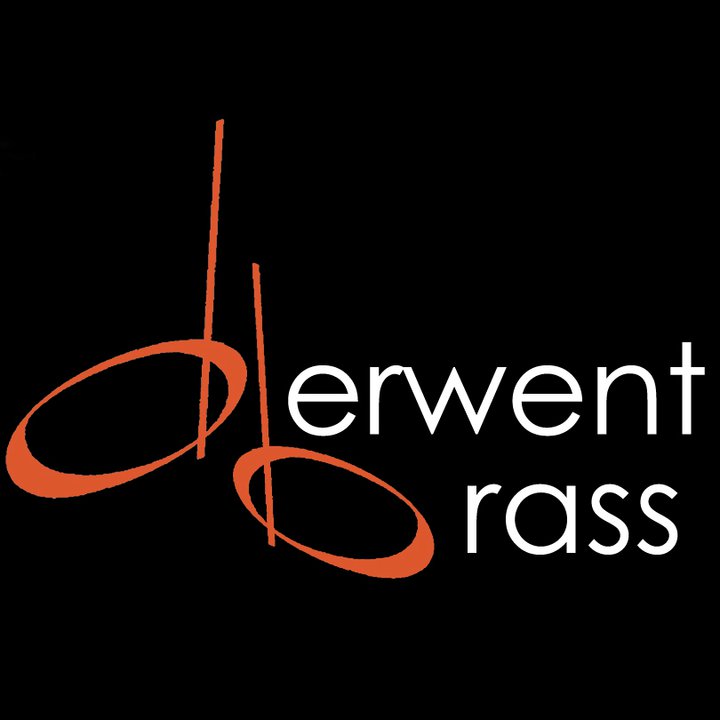 Derwent Brass is one of the recent success stories in East Midlands brass banding. Formed in 1992 with the aim of establishing a quality brass band in Derby, Derwent Brass very quickly established itself as a most popular concert attraction. With a wide reaching repertoire from overture to big band, hymns to Broadway hits, and of course quality original brass music. The band upholds this reputation and is constantly in demand to perform at various venues throughout this region, across the UK and occasionally venturing abroad.

Over recent years in addition to the usual local concerts, the band has included performances in the Derby Assembly Rooms and Derby Cathedral, Harrogate International Centre, Wembley Conference Centre, London Royal Parks, Loughborough Town Hall, Burton Town Hall and more. The tuba soloist Robin Norman, trombone virtuosi Chris Jeans and international euphonium soloist Steven Mead have all performed with Derwent Brass. The band has worked & performed under the batons of distinguished conductors including Richard Evans, David Hirst, Russell Gray, Dr Alwyn HumphreysMBE, Dr Robert Childs and Garry Cutt. The band often performs with vocalists and choirs, from both the Derby region and across the UK; over the last couple of years the band has been delighted to perform with the famous Treorchy Male Choir and also Denise Leigh (winner of Channel 4’s Operatunity).

The band was selected to provide the music for the NHS Golden Jubilee Celebrations in Derby, and regularly appears with the Derby Hospitals Choir in the annual Christmas concert at Derby Assembly rooms. The band were invited by the Derbyshire Constabulary Male Voice Choir to join them in their Golden Jubilee Celebration concert also held in Derby Assembly Rooms and the band was selected by the Chief Constable of Derbyshire to perform at the National Chief Police Officers Conference Banquet held at Chatsworth House.

The band has also released various recordings; the first CD produced by the band was with the Derby Choral Union (Sounds Like Christmas) and since then has released a further three. The first marking the 10th Anniversary of the band entitled ‘Celebration’ (which has been re-pressed due to all stocks being sold), a further Christmas CD called the ‘Wonder of Christmas’ and most recently ‘Big Band Big Screen’. These continue to sell well worldwide, across both the internet, mail order and at concerts venues.

Derwent Brass has also been extremely successful on the traditional brass band contest scene; being originally a 3rd section band and achieving Championship section status in 2004. The route to this success included holding number one position in both 2nd & 3rd section league tables consecutively and four appearances at the Boosey & Hawkes National Championship Finals, achieving the runner up prize in that national competition in 1998 and 4th in both 2002 and 2007. The first Championship section victory came in 2004 when the band won the Gloucestershire Association contest, also being awarded prizes for best overall instrumentalist, best flugel and best euphonium.

In 2007 Derwent Brass were awarded the runner-up prize at the Preston Brass Band Championship, and quickly followed this with another 2nd place at the Area contest and subsequent promotion back to the Championship section. We were then crowned Buxton Festival Champions after winning the Championship Section of that contest. Further to this the band have won many local competitions over the years and soloists from the band have been regularly recognised - in 2008 the band won the top section of the invitation only Inter-County Entertainment Contest (together with the soloist prize). In 2009 the band received a very respectable 3rd place at their first appearance in the invitation only British Open Championships, Senior Trophy, and in 2010 claimed 2nd place at the Midland Regional Championships with yet another following appearance at the National Finals.

Derwent Brass are always in demand and pride themselves on delivering eclectic musical programmes combined with professional, modern and often choreographed stage presentation. As a very versatile group their vast repertoire ranges from traditional brass band music, through to classical transcriptions, movie scores, big band sets and even contemporary works. All of this, combined with working alongside some of the very best award winning brass composers, helps them to lead the way in brass band music and entertainment.

Looking for something special at a particular event? Derwent Brass boast a comprehensive history of delighted customers who have the option of the smaller 10pc ensemble to perform at celebrations, weddings, etc. or the power of the full band for fund raising concerts, popular 'Last Night of the Proms' gigs, shows and other large events. As a not-for-profit organisation they also offer support and enjoyment to the local community largely through the promotion of brass music, not only in the form of varied performance repetiore, but through workshops, tuition, charitable donations and more. 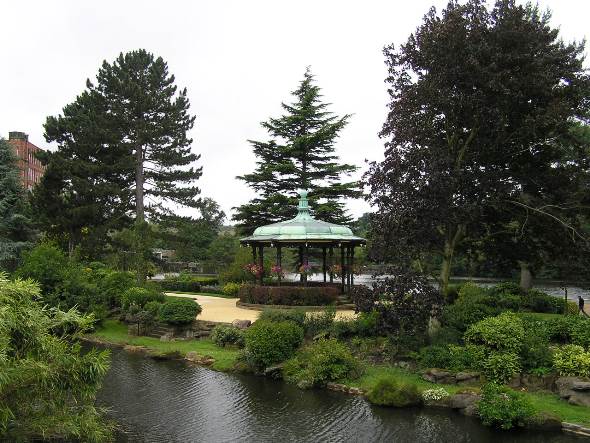 These unique riverside gardens have been offering visitors a tranquil setting to view the River Derwent for over 100 years. Located within the Derwent Valley Mills World Heritage site adjacent to Strutt's historic North Mill the riverside promenade allows flat easy access to the gardens and riverside.
The beautiful gardens include shrubberies and colourful flowerbeds together with a central bandstand. A new featured play area offers children play facilities inspired by the history of Belper and the cotton mill industry of the world heritage site.
Rowing boats may be hired in the summer to take a trip along nearly three miles of the river and catch sight of a variety of bird life. Throughout the summer months there are band concerts, outdoor theatre and other special events in the grounds.
Features in the park include:

Well Dressings will be on display and will be blessed at 2:30pm