Rode Hall Silver Band was formed in 1837 as a fife and drum band, changing to its current brass band format in 1886. It is believed that the Band was originally formed to lead the local people to services at Astbury Church before Rode Church was built.

Band activity was suspended for the duration of the Second World War. In 1946 a meeting was held at the Bleeding Wolf pub between Messrs. Tim Williamson, Bill Roberts and Albert Pierpoint when it was decided to try to reform the band. All the pre-War players were contacted and invited to meet at the British Legion room in Scholar Green, where the Band has practiced ever since.

The band today plays at many events throughout South Cheshire and Staffordshire as well as entering contests that will challenge the players and develop its sound.

The band recently achieved a 1st place finish at the Wychavon Festival of Brass 2017 and 5th place at the 2018 North West Regional Brass Band Championships. The band is forward thinking and aims to progress further and further up the results table in the months and years to come.

The band rehearse on a Thursday night between 7.30pm and 9.30pm at our band room in Scholar Green. New and old players are always welcome! 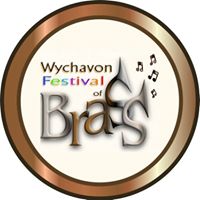 The Wychavon Festival of Brass was the result of an initiative developed by the Vale of Evesham Commerce and Tourism Association which, in the late 80’s, was seeking to raise the profile of the town.

An exciting brass band contest was seen as an interesting and novel way of attracting visitors and offering the local population the opportunity to hear and experience some fabulous brass music!

Because of the support of VECTA, Wychavon District Council and a variety of other local organisations, WFB has continued to grow and develop, adapting itself to differing conditions and needs as economic climates change, and bands and venues come and go!

Many bandsman will remember the early contests, the first of which was held in the Market Square and the nearby All Saints Church in Evesham. It was a beautiful and memorable day and the bands were bathed in sunshine. However, before long, the event became nomadic and rotated between the Wychavon towns of Evesham, Pershore and Droitwich before settling permanently (as far as we know!) back in its home town in 2013.

Over twenty years have elapsed since that first contest and the festival is still alive and kicking! It regularly undertakes new projects like the development of a Youth Festival, and seeks to sustain itself and interest in the brass band movement generally through collaborative efforts with its other partners in staging concerts and other events from time to time.