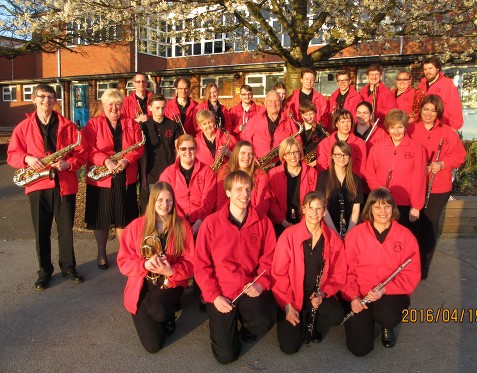 We are an enthusiastic group of musicians with a range of abilities and ages. We aim to play to the best possible standard whilst also having some fun. As a community band we welcome new members and any opportunities to perform in the Tamworth area.

We rehearse at Flax Hill School, Chestnut Avenue, on Tuesday evenings (7.15 to 8.45, term-time only) and any players of Grade 4 standard and above are welcome to come along and join in.

The band is ably led by Musical Director Tom Sears. Tom joined the band on flute in September 2014, having set up and run the successful Hertford College Wind Band for 3 years while at University in Oxford. He took over the conducting of the Tamworth Wind Band in October 2014, becoming permanent Musical Director in October 2016. Away from the band, Tom is Head of Physics at John Taylor High School in Barton Under Needwood.

Tom is supported by the committee, who ensure the smooth running of the band. We play a selection of popular, classical and film music, and have begun to establish our own music library.

Membership subscriptions are £25 for adults and £10 for students payable at each of three sessions that are aligned with the three terms of the school venue where we rehearse. Cases of hardship will be considered by the committee, since we do not want to discourage enthusiastic players. Where members are part of a family, second family members receive a 50% discount.

The band was formed in September 2012 by a group of enthusiastic musicians who found there was nowhere for them to play in Tamworth. The eight-strong committee agreed a constitution and child protection policy, which allowed us to apply for grant funding to help cover initial start-up costs. The band was led by Musical Director Tony Eno (retired Director of Music Specialism, QEMS) from its founding until 2014. 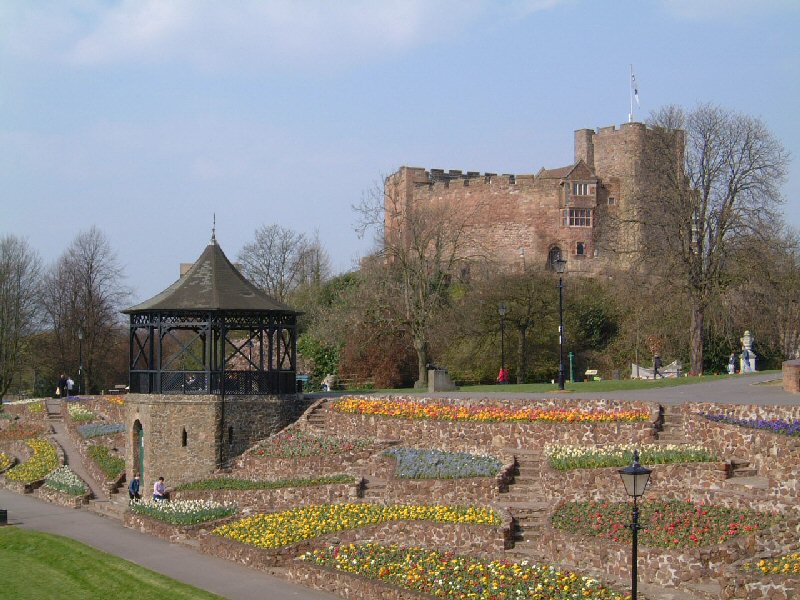 Overlooked by Tamworth Castle, the Pleasure Grounds have beautiful floral terraces dropping down to the banks of the River Anker and open grassland - ideal for walks and picnics in the summer.

The bandstand is located at the top of the terracing under the Castle, which plays host in the summer to a series of free concerts, sponsored by Ankerside Shopping Centre.