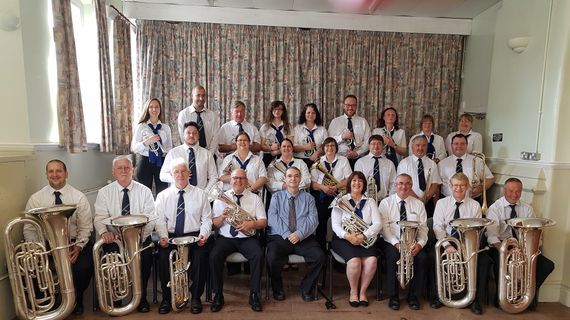 The history of the Matlock Band is one of ups and downs. The band recorded its earliest successes in the Belle Vue contests of the 1860s, under the guidance of bandmaster John Naylor, competing against the likes of the celebrated Black Dyke Mills Band. Despite losing players at the turn of the twentieth century to the lure of a rival band offering employment in a local quarry, the existing players regrouped and rebuilt the band, training players themselves. The band once more became a successful competing band, winning many prizes between 1910 and 1914.

Under the guidance of Fred Slater - one of the most prominent names in the history of Matlock Band - the band went from strength to strength. The association between Fred Slater and Matlock Band lasted from 1918 until 1970, when Fred relinquished his post as Musical Director and his son Murray was appointed. Murray was to become another important figure in the Band's history, leading the Band to many successes.

In 1983 Matlock Band was promoted for the first time to the Championship Section, a level at which it was to compete for the next three years. During this time, the band received sponsorship, but when this was withdrawn in 1987, players were drawn to other top section brass bands with encouragement of new equipment and money, and the band was once more reduced to just a few players.

During the 1990s the band once more regrouped,

In 2003, Roger Jepson became the Musical Director and once again saw the band enter a highly successfull period.
Together the band won 14 contests and saw promotion from the 4th to the 2nd section.

Geoff Hawley joined the band in April 2009 and continued Matlock's prize winning ways with 3 runners up spots in the 2nd section to close 2009 in fine style. 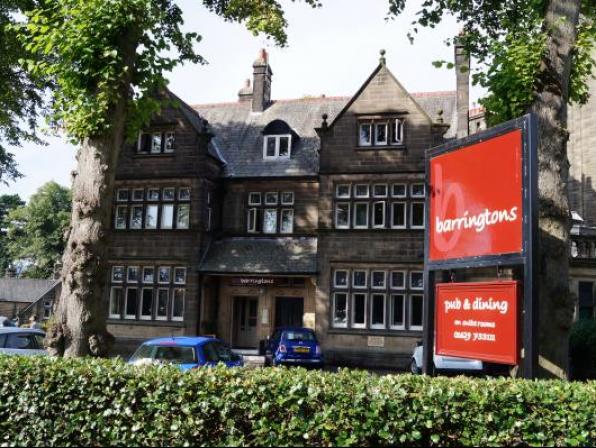 The perfect venue for great food, great atmosphere. Whether you're dining with friends or just out for a drink, this is the place to come.

Here at barringtons we understand the importance of food and the ‘dining experience'.

Andrew Whittaker and his team of chefs are proud to offer freshly prepared food using local produce, from traditional to more contemporary dishes to suit all tastes.

Our freshly prepared dishes, including vegetarian options, will leave you spoilt for choice!

We can cater for events for all occasions with a buffet or sit down meal.

Reservations aren't essential but we do recommend you book a table as we can't guarantee and table without booking. Please note we may be closed due to a private function.

​For all tables of 10 or more people we require a £5 non refundable deposit per person and a pre order for food at least one week before the booking or on booking if less than a week in advance.