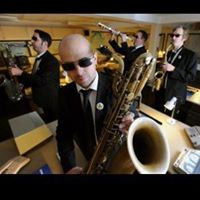 Since 1985, the Apollo Saxophone Quartet has been at the forefront of the contemporary music scene - commissioning, collaborating, recording and performing all over the world. Their repertoire includes classical, jazz, folk and world music influences, and their presentation is accessible and stylish.

The group has without doubt made the largest single contribution to the repertoire for Saxophone Quartet in the UK, commissioning and premiering well over one hundred works, many of which are now considered core repertoire and are performed by Saxophone Quartets worldwide.

In the late 1980’s the ASQ became the first ensemble to graduate from the Royal Northern College of Music (Manchester, UK) with Distinction in the college’s Professional Performance Diploma (the RNCM’s highest honour at the time), before going on to achieve competition success in the Royal Over-Seas League Chamber Music Competition, Tunnell Trust Young Artists Scheme and the Erasmus Concours in Holland, culminating in First Prize and Outstanding Performance Award at the 1992 Tokyo International Chamber Music Competition. The Quartet were also invited to join Sir Yehudi Menuhin’s Live Music Now scheme, where they were major contributors for almost ten years.

1992 saw the release of Bow Out, the group’s debut CD, followed in 1994 by First & Foremost which was recorded at Abbey Road Studios, released on the Decca/Argo record label, and reached number three in the UK classical charts. As well as performing throughout Europe, the ASQ undertook the first of eight tours to Japan, in addition to regular live broadcasts on BBC Radio 3, and appearances on BBC TV.

The ASQ performs regularly at a number of UK Festivals, including Brighton, Vale of Glamorgan, Norfolk & Norwich, Cheltenham, Warwick & Leamington, Huddersfield Contemporary Music Festival and the Southbank Centre’s ‘State of the Nation’ Festival in addition to giving a number of World Premiere performances at the Purcell Room, and performing at the Wigmore Hall in London.

The ASQ quickly established a reputation for excellence and versatility, and many longstanding collaborations were undertaken with artists as diverse as Michael Torke, Django Bates, Shobana Jeyasingh Dance Company (in 1999 the ASQ undertook a 35-date UK Tour with the SJDC with Django Bates having been commissioned to write ‘A Fine Frenzy’ for the collaboration), poet Lemn Sissay, and pianist Joanna MacGregor. In 1998 the ASQ was commissioned, by Phoenix Arts (Leicester), to compose an hour long set of scores that would accompany some extraordinary black and white silent films, which subsequently became one of the groups most popular and successful projects.

On the orchestral stage, the ASQ gave the UK Premiere of Tristan Keuris’ Concerto for Saxophone Quartet (1988) and Michael Nyman conducted the ASQ in a performance of his Concerto in Austria (2005). With Wind Band the ASQ has premiered ‘Distant Variations’ by John Casken, at the Barbican Centre, London (2004), ‘Oodunnit?!’ by Bill Connor (2008), and has a longstanding and successful collaboration with the Goldberg Ensemble, resulting in premieres of commissioned Concerti for Saxophone Quartet & Strings from Graham Fitkin, Barbara Thompson and Barry Guy. The ASQ premiered Howard Skempton’s ‘Ballade’ for Saxophone Quartet with the strings of Britten Sinfonia at Norfolk & Norwich Festival (2000).

The ASQ commissioned a series of works from some of the most distinctive jazz composers in the UK, and beyond - works from Kenny Wheeler, Django Bates, Iain Ballamy, Eddie Parker, Julian Arguelles, Mike Gibbs and Bob Mintzer, to great critical acclaim. 1998 saw the release of the CD Words and Pictures, a truly unique disc written entirely by the members of the group, with scores taken from both the Black & White film project, alongside “The Four Seasons” with poet Lemn Sissay .

In 2001 the ASQ released Works 4 Us, a CD that documented some of the groups’ most significant commissions to date, closely following releases of two Decca/Argo discs by composers Django Bates and Michael Torke, each featuring the ASQ. In 2003 the Apollo was approached by composer Luis Tinoco to record a CD of new compositions from Portuguese composers. The resulting disc (funded by the Gulbenkian Foundation), Short Cuts, was recorded in 2004, with World Premieres of ten works being given in London, before concerts in Lisbon in the presence of all the featured composers.

2005 marked the release of the Three Quartets CD, featuring the music of Barbara Thompson. The ASQ had built a longstanding relationship with Barbara over the previous fours years, whilst subsequent years have seen Barbara compose two concerti for Saxophone Quartet and Strings. The group also collaborated on a large scale project with pianist and composer Keith Tippett and the BBC Singers, and a multi-media event with composer Matt Wright, featuring the ASQ performing live, in real time, whilst interacting with pre-recorded images and sounds of the group in rehearsal, with live audio and video manipulation of the whole performance on a multi-screen stage for Huddersfield Contemporary Music Festival.

In 2009 the ASQ performed in Holland, sharing the bill with the Aurelia & Amstel Saxophone Quartets in a gala saxophone event showcasing three of Europe’s leading innovators in the Saxophone Quartet field together on the stage for the first time. The group also continues a longstanding relationship with the unique Colourscape Festival, performing music by Barry Guy (2007), Nye Parry (2009) and Guy/Parry (2014) in this extraordinary and unique interactive performance space.

The group toured South Africa in the Spring of 2014, as well as presenting concerts across the UK, to coincide with the launch of it’s latest CD of commissions, featuring works from Keith Tippett, Dinuk Wijeratne, Michael Ball, Andrew Keeling and Kenny Wheeler, continuing the rich legacy of high quality, ground breaking music that this unique, genre-leading ensemble has brought into being.

The ASQ has always thrived by creating the sound world in which it operates, always innovating, always leading, always moving on to the next project without looking back, and the next 30 years are set to continue in the same manner! 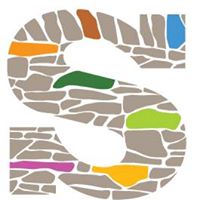 Here the quartet presents a selection of its commissions - from the eclectic artistry of Richard Rodney Bennett to the imaginative and playful music of Barbara Thompson, and the world premiere of a piece by Simon Parkin.

This performance will take place in St. Gregory's Church, Bedale