The Correspondents consist of a singer Mr Bruce and a producer Chucks. Both growing up in South London, they formed in 2007 and within two years had taken their hi-octane genre-blending dance music from house parties to festival main stages.

The show that quickly established the duo as one of the best live acts in the UK has Mr Bruce assuming the look of a monochrome matador, singing with force, scatting at speed and dancing like his life depends on it while Chucks takes the audience on a journey through a multitude of genres from jazz and blues to the nether regions of electro and drumʼnʼbass.

Since their inception they have toured far, wide and relentlessly bringing their unique live show to huge crowds (regularly playing to over 10,000 revelers) earning themselves Telegraphʼs ʻTop Ten Glastonbury Highlightsʼ two years in a row. Any time off the road is spent in the studio making music. Their live sets are constantly evolving with regular insertions of new tracks. However it wasnʼt until March 2014 that they pulled together a body of material that they were happy to release as an album. Self produced, recorded and released, ʻPuppet Loosely Strungʼ features tracks that are synonymous with their trademark sound of unique, genre-mashing alternative pop proclaiming the highs and lows of love and lust. This release also reveals a more introspective side of the pair with delicately produced songs that investigate personal loss.

Aside from the music itself The Correspondents have become renowned for their videos that are consistently unique in style and pioneering in technique. ʻWell Measured Viceʼ and ʻGive You Betterʼ were brought to life by Mr Bruceʼs own hand-drawn animation. ʻAlarm Callʼ was also produced by the singer, he creates time lapse/stop motion painted portraits to chart the lives of two characters over 21 years. And the award winning 'Fear and Delight', by visionary film-maker Naren Wilks, was made using a 'composite camera' technique allowing numerous versions of Mr Bruce to dance kaleidoscopically in the same space.

Fresh-faced producer Jamie Berry is recognised for his musical couplet of shuffling modern beats and vintage swing sounds. His idiosyncratic sound piques your interest while his heavier wobble bass pushes things up a gear or two, continuously drawing people back to his music, with his main focus on honing 20s and 30s swing influences into House and Electro genres.

Jamie Berry is recognized for his musical couplet of shuffling modern beats and vintage swing sounds. His idiosyncratic sound piques your interest while his heavier wobble bass pushes things up a gear or two, continuously drawing people back to his music.

Jamie has made himself a popular name on this circuit, boasting home-grown tours in the UK - BeatHerder Festival and the upcoming BoomTown Festival - and around the world, including dates in Germany, France, Canada, Switzerland and Austria.

Signed to independent record label Flak Records since 2011, Jamie has since released four EPs, the most recent of which is his ‘Bombinate’ EP, which landed in the Top 5 on Juno Download. Previous releases include the single ‘Delight’, released through Flak Records in November 2011, which, currently records over 1 million Spotify Streams, 12,000 sales and over 100 million combined plays on YouTube. Jamie’s impressive success is pushing him to aim higher as he now begins collaboration with a number of interesting musicians and singers. 2018 is surely set to be an amazing year for Jamie Berry out with his new debut album "Frenzy." collaborated with Alice Francis and loads more talented musicians. 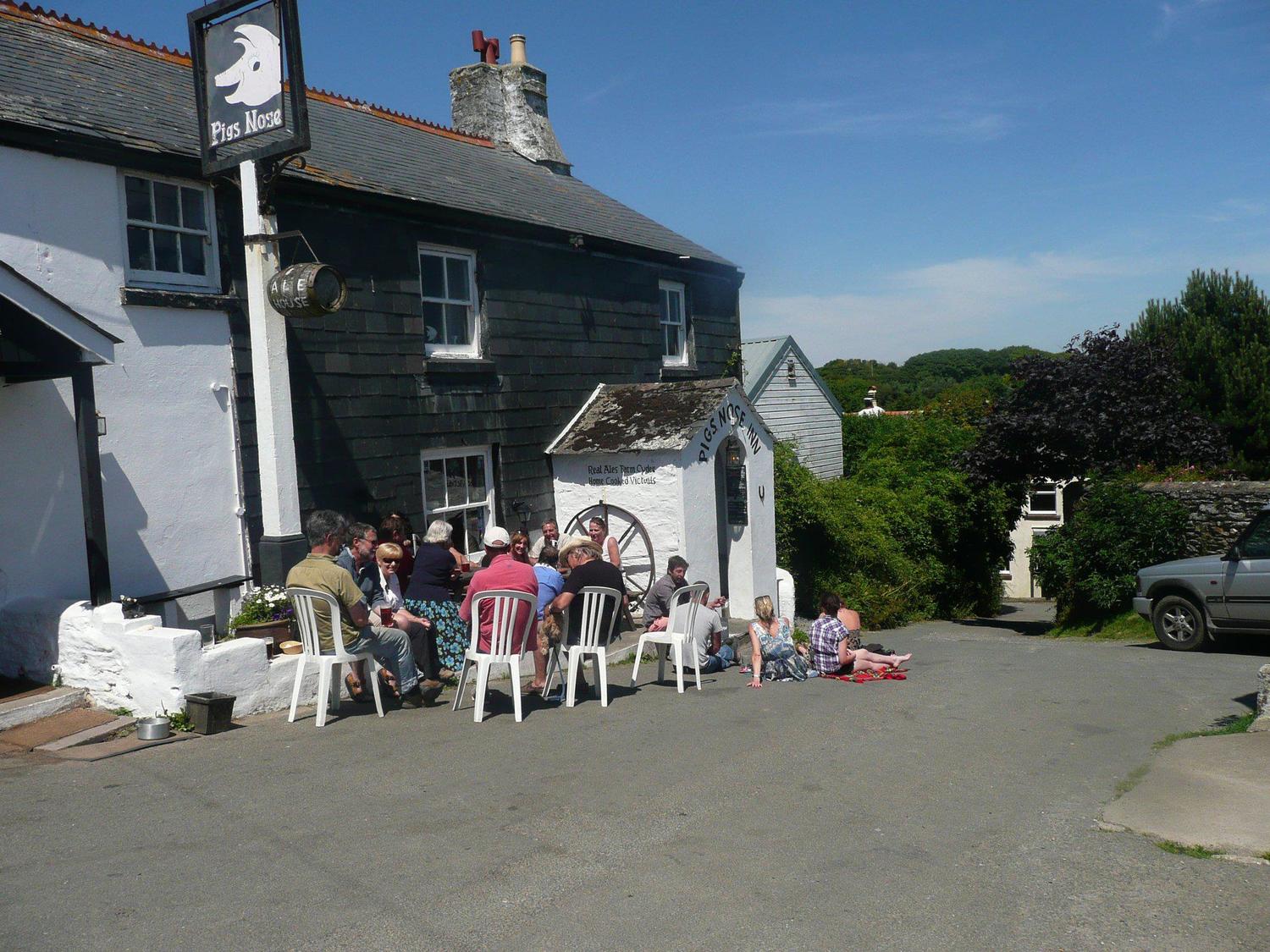 The Pigs Nose Inn is a traditional English pub in East Prawle, Kingsbridge that overlooks the village green. The village is surrounded fields with breathtaking views and fabulous hidden beaches with beautiful coastal walks with rare wildlife. You could also take a walk to East Portlemouth where you can catch the ferry over to Salcombe for the shops, cafés, and restaurants.

We are proud winners of CAMRA local award with a selection of local and popular ales poured directly from casks behind the bar. Serving tantalising tasty ales from South Hams Brewery, Otter Brewery and during the holidays we have a guest ale.

The pub dates back more than 200 years, during which in its history had been a Victorian hotel and a smugglers inn used to 'store the booty' from the various shipwrecks around the coast then being changed slightly to a petrol station when cars started appearing.
The Webber family have owned the pub for more than 17 years and have tried to maintain the old fashioned values to keep the aesthetic.

Please note. We are closed between 3pm and 6pm in the Winter.