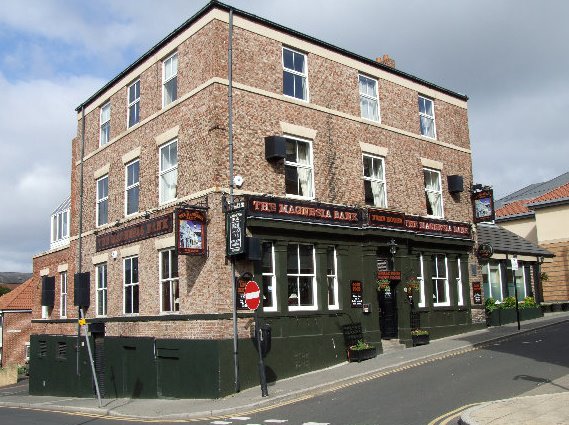 The Maggy Bank is so called due to its former days as a bank; it then became a social club before being converted into a pub. The pub is now a popular music venue, with free live music every Friday and Saturday nights and late Sunday afternoons. Tuesday night is poker night. The name "Magnesia" derives from the Magnesia Stair, one of the crowded streets of houses that led down to the riverside, which was south of the current pub near the present day stairs.

Food is served but we have been unable to confirm service times.