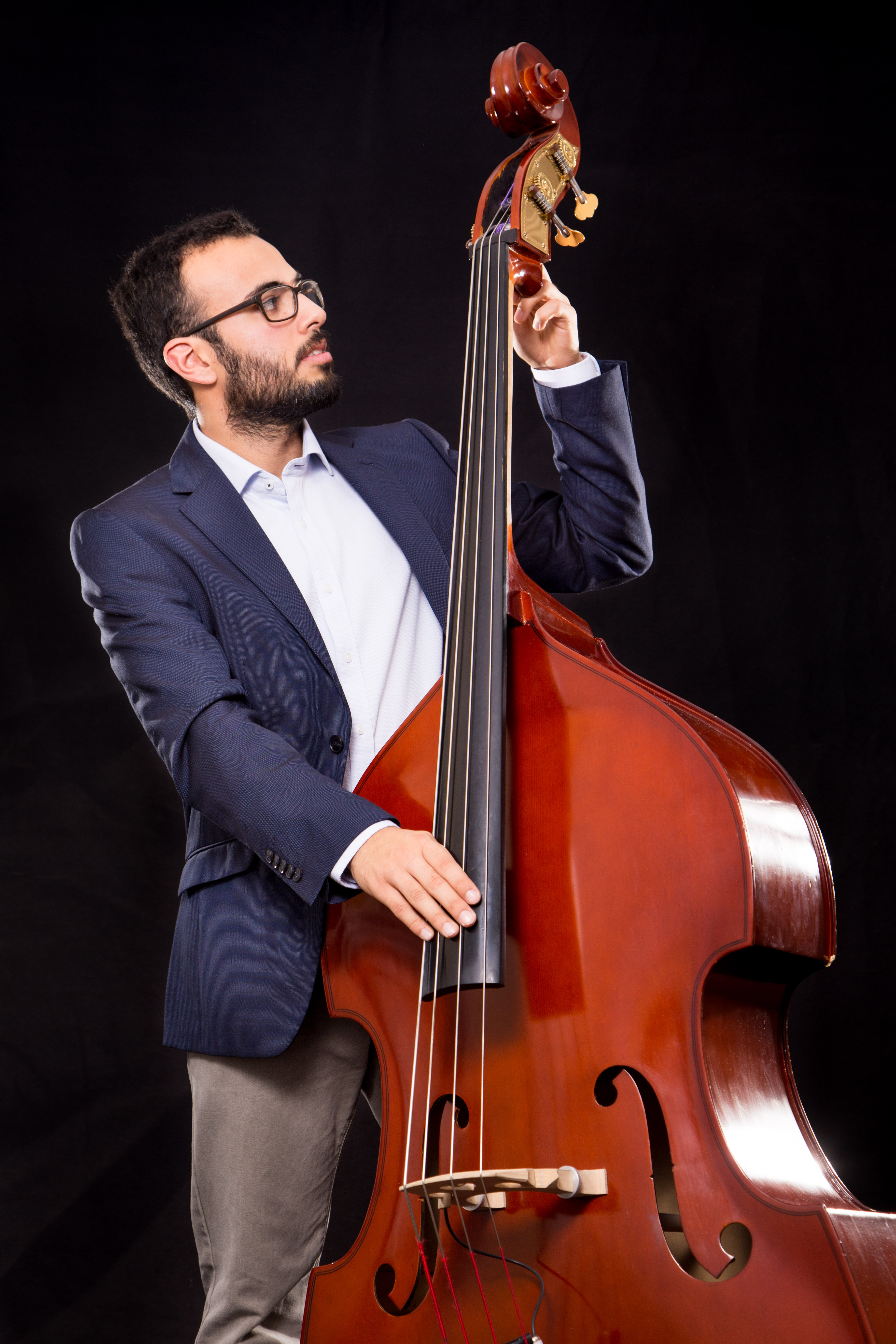 Matheus was born in Brazil and with nine years old he started playing piano.

After his family moved to Europe, he learnt other instruments, but one of them touched him in a different way, the Bass.

He had one of the best electric bass players as a first tutor, Fernando Lamadrid. After few months studying with Fernando, Matheus started gigging with local bands.

A year after playing electric bass, Matheus started going to jazz concerts and the sound of the double fascinated him. He spent all his savings in double bass, student model. In order to improve his technique and knowledge of the instrument he took lessons with all the double bass players in Seville, and also traveled to other cities to meet other bass players.

Now he is finishing his Master Degree in the Royal Welsh College of Music and Drama in Cardiff.