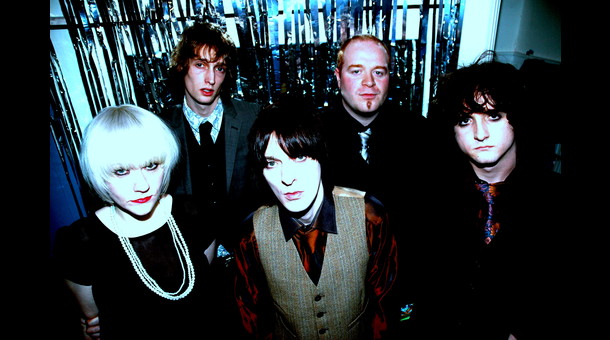 Based in the ex-mining town of Swadlincote, South Derby, Murdoch's songwriting reflects the carnage left behind in a town still on its knees from Thatcher’s strangle hold on the working classes.

Relentless gigs all over the UK (including all the major cities and the nowhere towns where most bands dont bother to go) have gained the band an ever-growing army of dangerously devoted fans. Their militant working class stance caught the eye of Clash legend Mick Jones, who took Deadtime out on the road as special guests, and Murdoch has since recorded a single and album with The Tribunes (out on Honest Jons Records and featuring Mick Jones’s rhythm section from Carbon/Silicon). The Clash connection continued when Strummerville (The Joe Strummer Foundation For New Music) invited Deadtime into the family by funding their first single, double a-side 'Moths/Spine' with producer Paul Tipler (Idlewild, 80s Matcbox, Dr Feelgood,Elastica). Strummerville also added 'Spine’ (demo) to their prestigious DIY download page, where it held the No.1 slot for nine months in the Strummerville chart. Among the band’s other supporters is Michael Davis of the legendary MC5.

Deadtime continue to receive outstanding reviews for their high octane, raw, emotive live shows. International and national radio airplay for the band has come from Don Letts, Jarvis Cocker and Tom Robinson (BBC Introducing/BBC6) to name a few. Deadtime have also appeared on Channel 4 (Strummerville Sessions) and had Michael Socha from This is England/Being Human appear in their 'Bad Lad' video. 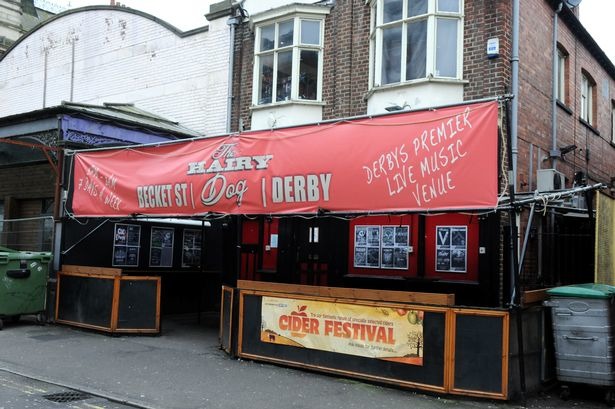 The Hairy Dog is the small music venue with a big sound in the heart of Derby.

Since opening the doors in 2012 The Hairy Dog has become a favourite port of call on the UK touring circuit.

The Hairy Dog has made a name for itself having played host to bands such as Slaves, Sleaford Mods, The Blockheads, Cockney Rejects, Old Firm Casuals, UK Subs, Suburban Legends, Unearth, Shadows Fall, The Acacia Strain and hundreds more.

2016 saw the opening of our new 400 capacity venue room, with an impressive new stage, p.a lighting rig, cloak room and most importantly our new bar. This area of the venue is now all on ground level to make access easier.

We have also refurbished our second stage in our upstairs room. With its own bar and dressing room, p.a lighting rig and new lower level stage this is a great 80 capacity space.

The main bar is open every day from 5pm all the way until 3am.

It has become a safe home for Derby's alternative culture and is always loud, lively and accommodating to all.

The South | Live at The Hairy Dog

Panic At The Emo Club Night