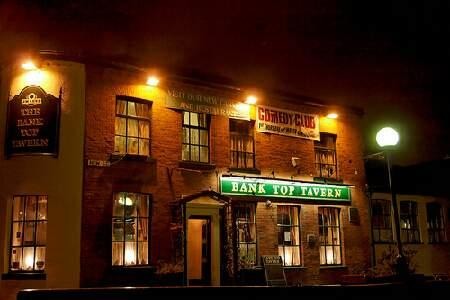 If live music is your pleasure then this is the place to be!
With its welcoming staff, a comfortable atmosphere and seating in the lounge for 90 people plus standing room, the Bank Top Tavern plays host to some of the best live acts around.
Live music Friday/Saturday ranging from rock, metal, punk and all alternative genres to the occasional cheese, the Bank Top Tavern delivers a night out not to be forgotten or missed!

Totally biker friendly (as we all ride ourselves) with car parking space for several cars and bikes, the staff here are always looking forward to making new friends and welcoming back old ones.

The universe’s premier tribute to Megadeth, Megadeth UK come to Oldham for the first time! Get ready for your heads to be rattled clean off!