Back in the early 2002 the founding members of the Green Rock River Band were on a mission, they wanted to prove that you didn’t need drum machines, auto tune and a microkorg to have a rocking time. Fuelled by the music that had been around them since childhood, old records of Big Bill Broonzy, Silver bands, Northern Colliery Bands, the Delta Blues and Hank Williams, they grabbed any instrument that was available to them. Many of them have stories of paper rounds, labouring on building sites, endless days of mixing cement and working as shop assistants all to be able to afford their first instrument. Once these guitars, fiddles and banjos were in their hands, hours were spent, skipping school, hiding away in rehearsal rooms, scribbling out songs and learning how to turn every live gig into a party.

Slowly the band grew, catching people’s imaginations with a unique blend of Americana, Bluegrass, English Music Hall and Folk. As their following expanded beyond their friends, soon people of all ages were attending their gigs, whether it was to dance to upbeat tunes or sit and appreciate the slow ballads. The band’s ranks swelled too, from a duo, to a trio, to a full band attracting more and more fantastic players from the Jazz, Blues and Rock world. 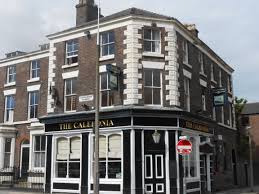