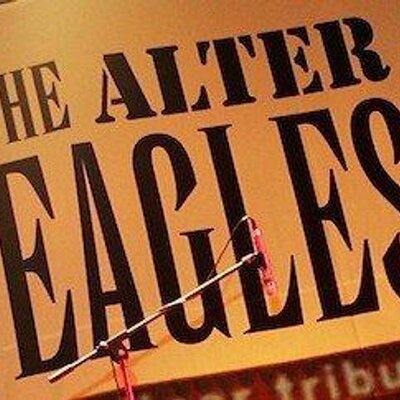 The Alter Eagles are an experienced, authentic Eagles tribute band. Formed in 2003, they perform the whole repertoire of Eagles tracks, from tasteful country rock - complete with full harmonies - through to hard rocking numbers, showcasing the Eagles' trademark duelling electric guitars. The current set comprises material from 35 years of Eagles' performances, up to and including 2007's Long Road Out Of Eden.

Lauded for their accuracy, the Alter Eagles are a tribute to the Eagles, pure and simple and in a typical two hour set play many of the band's greatest hits, including Hotel California, Desperado, Life In The Fast Lane, How Long, Lyin' Eyes, Take It Easy and One Of These Nights.