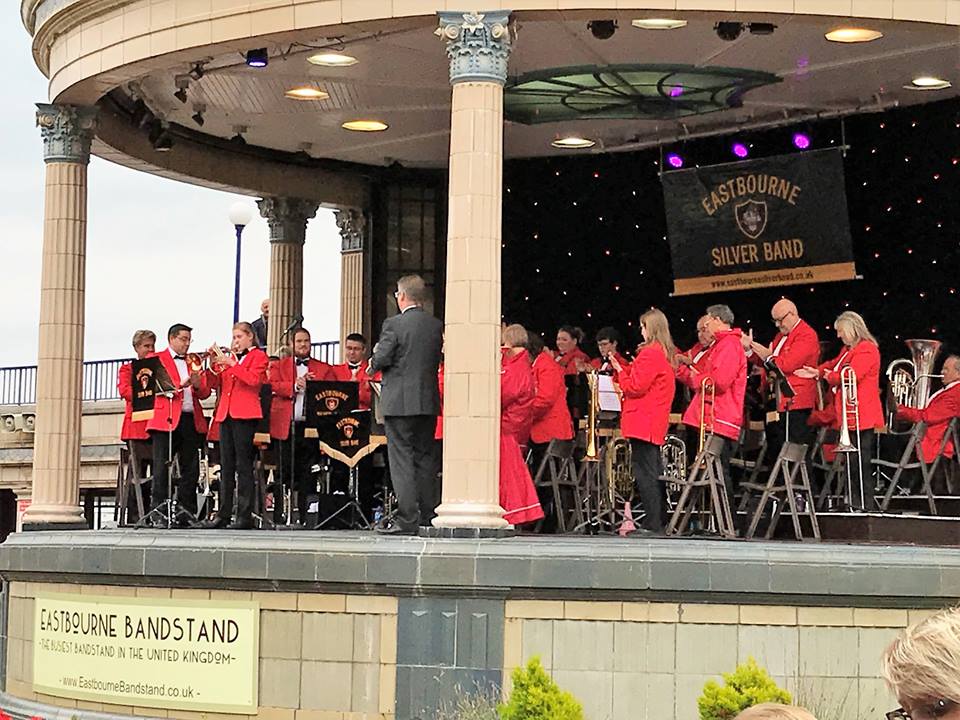 Eastbourne Silver Band was formed in 1950. It is a self-financing and very friendly non-contesting band, formed from players of all ages who enjoy music and playing together.

The Eastbourne Silver Band is probably best known, by visitors to the town, for its many regular appearances on the town’s iconic Bandstand, when performing the Sunday afternoon concerts and Wednesday “1812” nights. It is, however, active in many other areas as well as it attends and supports the events of various other organisations’, garden and church events and, since 2011, has both organised and presented the Eastbourne Annual Remembrance concert during November.