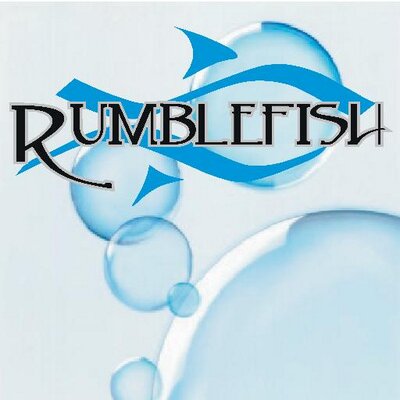 Having played hundreds of gigs, Rumblefish are professional in both attitude and performance.

There's a reason why a band plays together for 5+ years and has NEVER not been invited back to any of the numerous venues they have played at.

All 4 members are highly experienced in playing every type of venue, from small, intimate nooks, to larger pubs, clubs, weddings, private functions, corporate events, right through to large festivals.

We are a friendy bunch and are continuously collecting new fans & friends each and every week through our gigs. We will play anywhere from Lands End to John O' Groats, if there's a power supply, Rumblefish will rock your socks off! 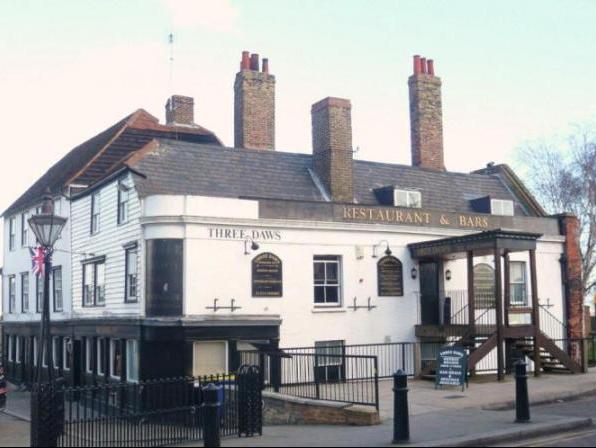 The pub was originally opened in 1488, and to this day still strives to keep to it's origins with home cooked meals and perfectly served Ale's that we take our pride in.

No admission or readmission after 23:00 Fri and Sat evenings.

Standing at the river edge at the foot of the old High Street, it has for centuries served as a home from home for the river men, been the haunt of smugglers and was regularly raided by the old naval press gangs.

It is older than Shakespeare's house, older than many well known ancient buildings, and is a place to reflect on past and very hard times.

One of the oldest taverns in the country - this ancient inn (now named) the Three Daws is almost four hundred and fifty years old and first gained its licence in 1565.

The Three Daws began its life by being converted from five traditional styled wood fronted cottages. The general structure is therefore some years older that the length of its history as a Thames tavern, and probably goes further back to at least 1501.

A rambling building typical of its period, the wooden structure of its construction is reputed to be the work of shipwrights who were seeking work at that time, owing to a depression in their waterside trade.

During the days of the big sailing merchant ships of two centuries ago, it was also used as an accommodation and it had eleven bedrooms, connected by five complete staircases.

The outer structure has evidence of fire damage in its history, particularly where the wood front has been replaced by plaster facing and brickwork. However, during the great fire of 1727, the main structure was undamaged by the disaster which did manage to reach the surrounding properties.

A small extension at the North of the main building has its own independent record, for it was once separated from the tavern and used as steam packet offices... Later it became a reading room for the local watermen until brought in to use as steam tug offices.

At one time large sailing merchant ships used to anchor off the Three Daws while awaiting supplies and a fair wind or, on returning from long overseas voyages. Back in those days, the waterside tavern was a very popular place for seamen of all nationalities, echoing to the sound of the sea shanties whilst liquid refreshments were consumed by the gallon.

A century or more ago, the Three Daws was just one of a large number of taverns catering for waterside people along the front. Other nearby houses included the Falcon, King of Prussia, and the very famous Amsterdam, which was immortalised in a well-known sea shanty.

In 1984, the Three Daws was closed for the first time in almost five centuries. During all of the fires in Gravesend, including the great fire of 1850, the Three Daws remained virtually unscathed. Today it is owned by Mr. Lester Banks and has been sympathetically restored to its original charm and character.

So stay and enjoy the fayre and reflect on those bygone times.