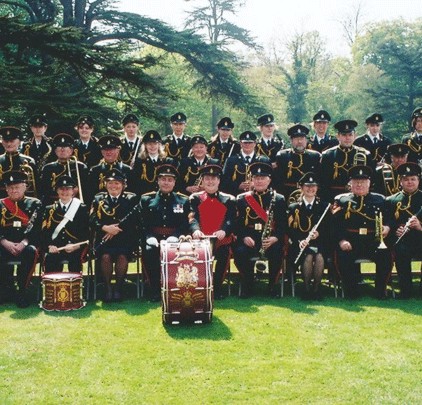 The band has a huge repertoire of military, classical and light music and gives regular public concerts throughout the year.

The early history of the band is somewhat sketchy, and not as clearly documented as that of the Essex Yeomanry Regiment itself. Although trumpeters were used by all cavalry regiments as a means of giving commands, the first real evidence of an Essex Yeomanry Band (then on horseback), was recorded in 1809. In 1830, the Commanding Officer of the West Essex Yeomanry was financially supporting the band out of his own pocket. An engraving of 1846 shows a black drummer mounted on a white horse, sporting a plumed turban. The other mounted bandsmen wore the Yeomanry uniform of the period. In 1877, the West Essex Yeomanry reformed and became the Waltham Abbey Town Band, continuing to wear the Yeomanry uniform.

The Essex Yeomanry became gunners in 1921, but still retained the band. The musicians were now dismounted, but continued to entertain all those who heard them play. By 1937, the band was in full dress uniform of the Regiment, complete with plumed brass helmets. During the 1939-45 war, the Essex Yeomanry Band was disbanded, but reformed again in 1947. This was a difficult time for the players, as all the uniforms had been destroyed in the bombing of Chelmsford. In 1952, official recognition of the band was given by the War Office, but like the regiments was sadly withdrawn in 1968. In the early 1980s the band took a controversial step for the time and accepted women musicians, we even had to design a special uniform for them. Now more than 50% of the band are female.

The band continues to have a close relationship with the Essex Yeomanry Regiment and a member of the Regiment acts as our President.

The band today
As a result of hard work given by successive Directors of Music and the loyalty of musicians, the band now operates on a self-supporting basis. Members pay an annual subscription towards the band's upkeep, together with income from other concerts. The band plays at occasions ranging from public concerts to garden parties and special events.

The Essex Yeomanry Band takes booking for concerts, charity events or private functions. We have an extensive library of music from traditional military band scores through to show tunes, jazz and novelty numbers. Although we have a programme of current concert pieces, we can adjust our playlist to fit your event or theme. We are the only UK civilian band that's permitted to wear Queen's Uniform and we have matching livery for our music stand banners. The band prefers to play seated but some instruments can march where required. 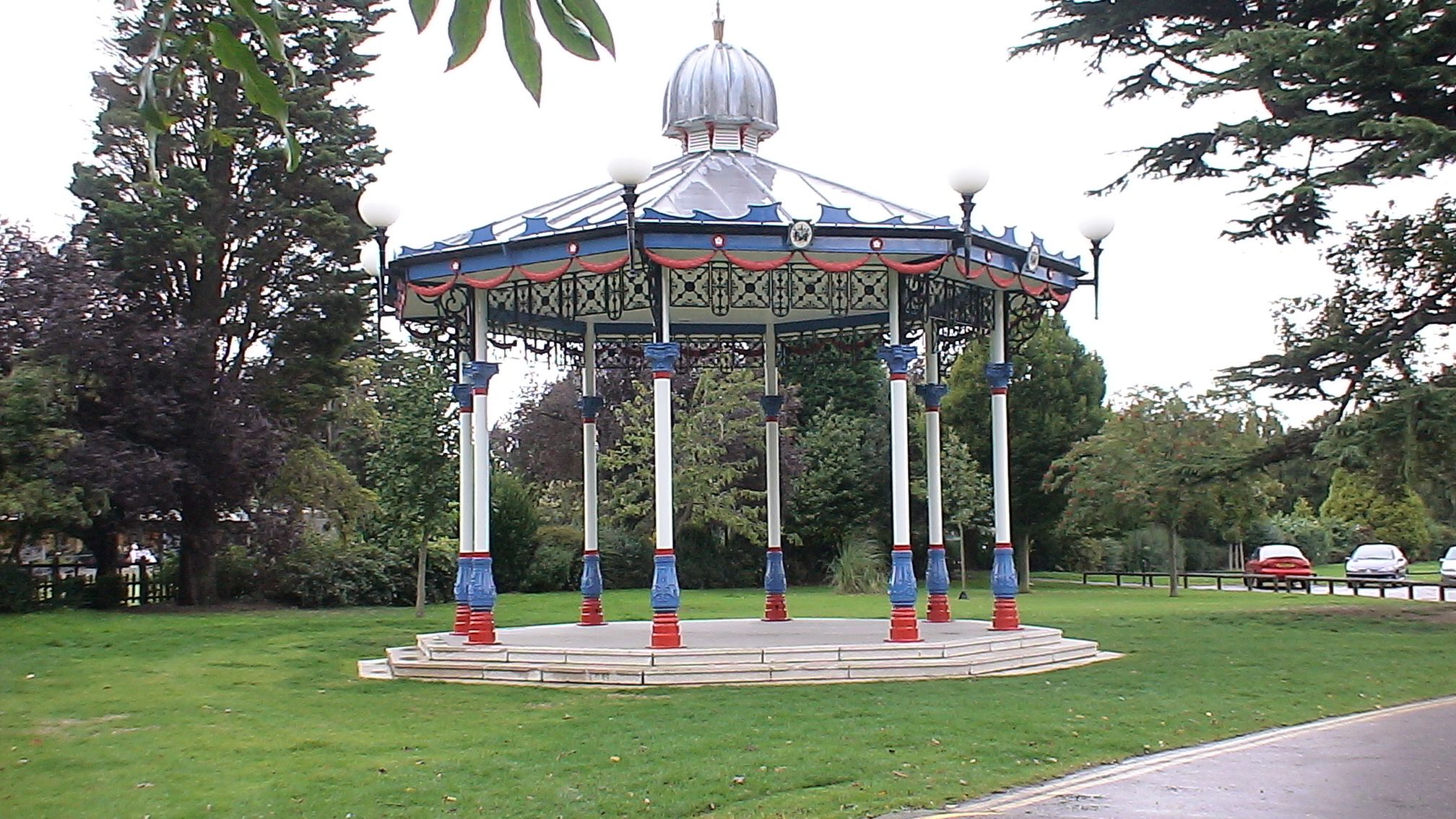 Set in the decorative gardens of Priory Park this bandstand offers a chance to get away from the hustle and bustle.

As well as the bandstand the park features...