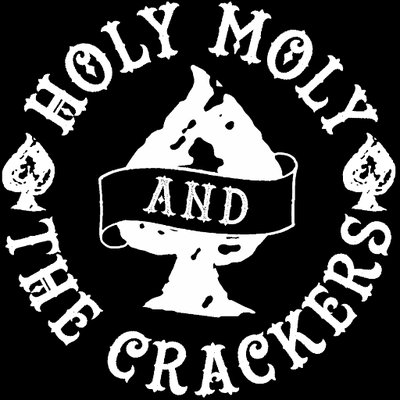 Newcastle’s Holy Moly & The Crackers are one of the country’s hardest working bands.

You might call that a cliche, but how many others can you name that have covered the thousands of miles and played the amount of shows that HM&TC have, in just two years? Oh, and they’ve managed to write, record and release a critically-acclaimed album and start their own record label in that time too.

Lead singers Conrad Bird and Ruth Patterson met when they were teenagers in 2008 and Ruth was in the midst of adapting to a diagnosis of chronic arthritis. Ruth, at one stage cited for an orchestral career on the violin, had not played for two years. But, encouraged by their mutual passion for music, she battled through the new limitations to relearn her instrument and discovered a love and skill for singing.

Not long after the couple met costume designer and accordion player Rosie Bristow they started to perform Irish, American and Balkan folk songs together at open mics and dive bars. They were cutting their teeth, learning the ropes.

By 2015 the trio had moved to Newcastle and met jazz/funk bass player, Jamie Shields, and Tommy Evans - who would give Keith Moon a run for his money - on drums. The gang began to blend their love of the folk tradition with a contemporary rock sound, influenced by a wide range of artists - from Cold War Kids to Gogol Bordello and Jack White.

Since then the bombastic folk rockers have been on what seems like a never-ending tour, playing over 300 shows, 60 festivals (including Glastonbury, Secret Garden Party, Wilderness, Boomtown and Bestival) and tearing through trips around Italy, the Netherlands, France, Portugal and Germany. Wowing their raucous and ever-expanding fan-base with instrument-swapping, squeezebox-growling, fiddle-shredding, brass-howling hoe-downs, the group have been able to hone a sound that is organic and invigorating - forged in the sweat and heat of the live show.

In 2017 Holy Moly & The Crackers stepped up a gear. They signed a deal with Wipe Out Music Publishing and, working with producer Matt Terry at the legendary rock studio VADA, recorded and released Salem - a record that’s been described as “a new kind of sonic madness” by music magazine and long time supporters, Narc.

The album has taken them to new heights, and has seen the band’s idiosyncratic blend of folk and contemporary rock playlisted across Spotify, clocking up close to a million streams in the process*, as well as receiving rotation on BBC Radio and RadioX. The album’s hooky rabble-rousing lead single ‘Cold Comfort Lane’ has been featured internationally on adverts and TV shows, including E4’s ‘Tattoo Artist Of The Year’.

Now it is 2018. 22-year-old Nick Tyler has joined on guitar. Classically trained but influenced by psychedelic and DIY punk in equal measure, he is the final piece of the multifarious puzzle that is Holy Moly & The Crackers - the final Cracker, as it were.

This year HM&TC will release two stand-alone singles, recorded by Matt Terry and mixed by Dan Austin (Pixies), and back the songs up with major international festival appearances, including a main-stage appearance at Beautiful Days, Frank Turner's Lost Evening Festival and Colours Of Ostrava in the Czech Republic, before embarking on their biggest UK headline tour to date in November.

They will also head back into the studio to record their next album and continue their relationship with Matt and Dan, both of whom use dynamic formulas combining tight, pop sensibility with the naturalism of garage rock and folk/roots.

The last two years have been a whirlwind and you might think that it’s time to take a breather. But HM&TC are not that kind of band. The road is their home and they’ve got their foot to the floor.

“Do yourself a favour and catch Holy Moly live either live or on record. Brilliant.”
- Frank Turner 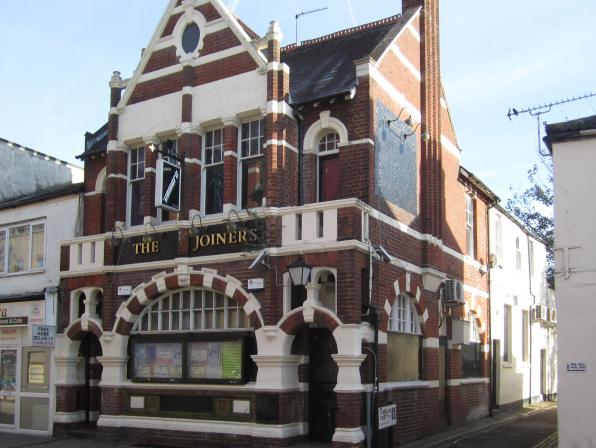 We are an independently run grassroots music venue in Southampton, we have been providing the city with a touring and local community music hub since 1968, we actually started as a pub in the 1850’s for the beer drinkers among us.

We have around 300 events a year, 200 capacity with a friendly atmosphere and family ran vibe, we allow pretty much all ages into gigs accompanied (14+) everyone has to go to their 1st gig somewhere...

Having hosted some of the now worlds biggest bands we are also here to grow and nurture the local music scene, come say hi and give us a high five / handshake, we do this for YOU!