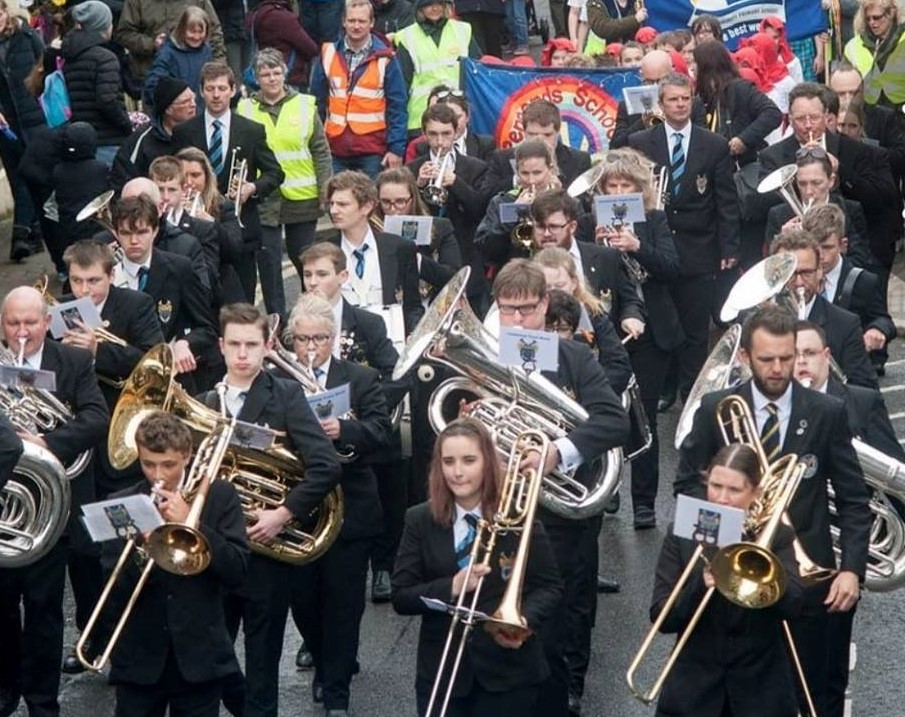 The famous Camborne Town Band emanates from an equally famous town with a mining and industrial heritage second to none. Once recognised around the world, Camborne was the home of Richard Trevithick, Holman’s Engineering and the world-famous Camborne School of Mines.

The Camborne Town Band has been competing in contests since the late 1800s and is unsurpassed by any other in Cornwall. Having won the National Second Section Championship in 1945, it was promoted to the Championship Section the following year – a position it has retained ever since, having been placed in the top six in the country on six occasions. In March 2009, it became West of England Champions for the 20th time, and in October 2015 represented the region at the National Brass Band Championships of Great Britain for the 40th time.

The band has also performed on national Radio and Television, including the BBC One's Songs of Praise and BBC Radio 2's Listen to the Band. In recent years Camborne has worked with some of the finest conductors in the movement today. These have included Frank Renton, Dr. Robert Childs, Garry Cutt, John Berryman, Steve Sykes, Richard Evans, and Ian Porthouse.

The band is in demand for concerts, both in Cornwall and throughout the UK, and is committed to ensuring musical excellence and quality entertainment in the field of brass music, with a traditional and unique style. Repertoire includes the full spectrum, from light popular music, through operatic, film and light orchestral works, to original brass band music, all performed by quality soloists and supported by a collection of fine musicians.

Outdoor contest held in the heart of Cornwall since 1912.

Contest to commence at 11.00am


The following music has been chosen for our 2020 contest which takes place at Molinnis Park on Saturday 20th June.

Napoleon on the Alps (Philip Harper)

Training Section - Own Choice (no longer than 10 minutes)