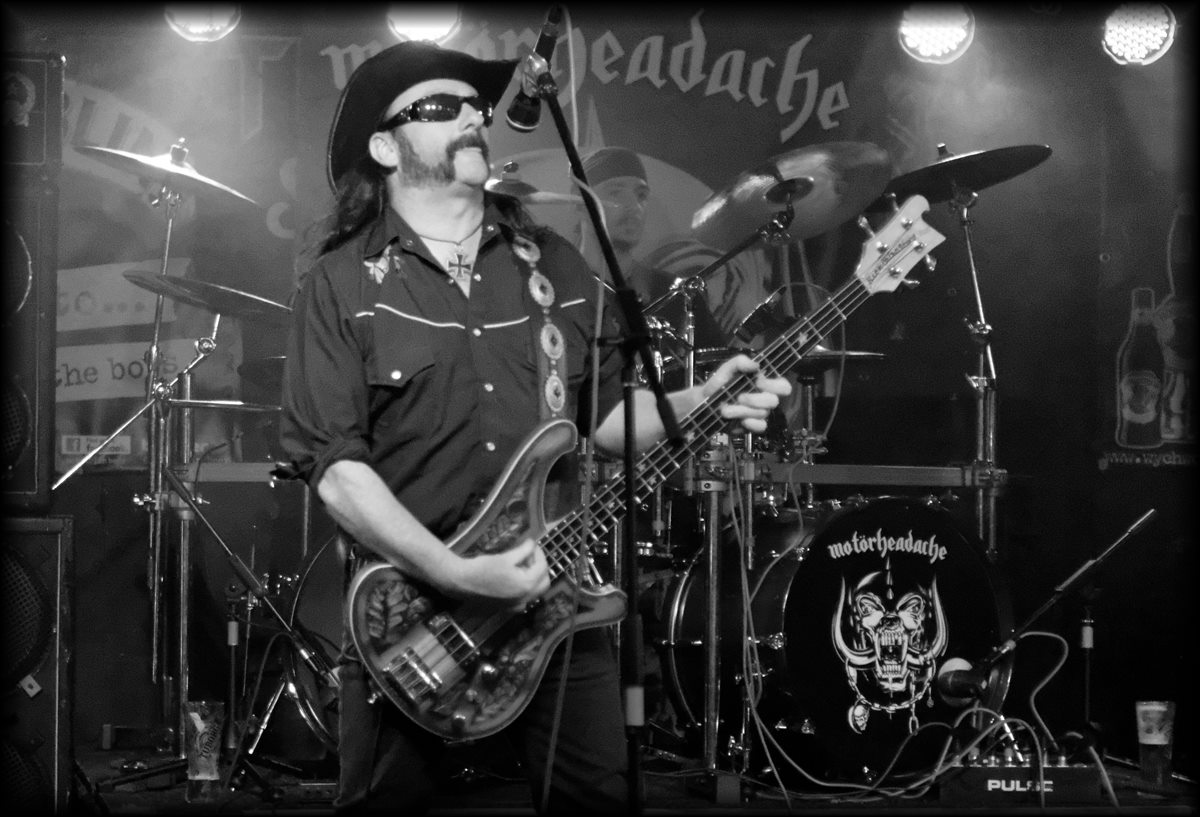 Motörheadache is a three piece tribute to Lemmy's musical career with Motörhead from 1975 to 2015, but features some his solo projects with the likes of Foo Fighters and Slash.

Set up by lifelong Motörhead fan Rob Campbell on Rickenbacker bass and vocal, the line-up features Al Leach on guitar and Dave Nutter on drums, with Ian Hill as dep guitarist and Garry 'Magpie' Bowler on drums.

Motörheadache has previously toured the UK extensively, playing over 700 venues as well as gigs in Germany, Holland and Belgium.

The main body of the Motörheadache’s set list comprises a large number of songs from Motörhead’s Fast Eddie Clarke era, regarded by many Motörheadbangers as the classic era from 1975 to 1982. Songs include “Ace of Spades”, “Bomber”, “Overkill”, “Iron Fist”, “The Hammer”, “The Chase is better than the Catch” and, of course, the bombastic “Motörhead” - the last of Lemmy’s songs for Hawkwind and the one that gave his new band its name.

Motörheadache also features a range of other material written by Motörhead from 1983 through to 2015. From Brian Robertson’s short stint in1983, to the re-launch in 1984 of Motörhead as a four piece with Wurzel and Phil Campbell on guitars and finally, the longstanding Lemmy, Phil Campbell and Mikkey Dee era from 1995 to 2015.

Songs from this period include “Killed by Death”, “In the Name of Tragedy”, “Sacrifice”, “Death or Glory” and “Burner”. Motörheadache also performs “Thunder and Lightning” from Motörhead’s last studio outing, “Bad Magic” – a song that Lemmy and Motörhead never got the chance to play live in the UK with the cancellation of their 2016 UK tour.

Motörheadache is proud to help keep alive the music of Motörhead by playing gigs all over the UK and inviting Motörheadbangers to celebrate the life and work of a rock icon and legend, Mr Lemmy Kilmister.

Rebellion Festivals is the largest INDEPENDENT Punk / Alternative music festival in the world. Over 4 days every August in Blackpool, the very best in Punk gather for the social event of the year. Many treat it as a main holiday and come every year so there is a very familiar feel to the weekend and it's like one big family - all 4000 of us!

Rebellion is an indoor festival – lots of venues, cafes, bars under one roof – no need to worry about umbrellas or the great British weather affecting the festival!!

The show is all ages! Children under 12 are free with an adult holding a weekend ticket (maximum 3 children). They must be accompanied their parent/guardian at all times. If your child is under 12 but looks older, you may be asked to provide proof of age for free entry.

In the Empress Ballroom