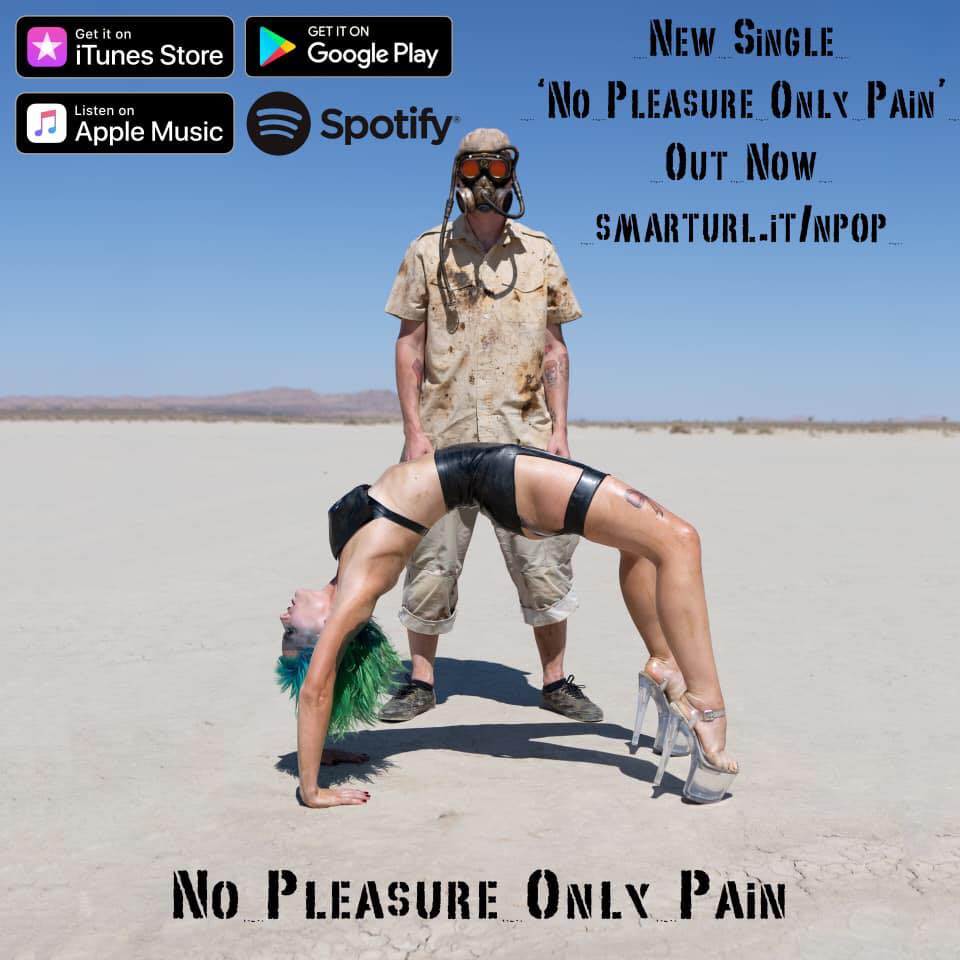 Following last year’s debut 6th Street Psychosis, London band Tokyo Taboo have now announced their highly anticipated second album. Taken from the album, new single No Pleasure Only Pain is out now via TT Records.
Written about the animal attraction you feel for someone even when you know they will only cause you pain, No Pleasure Only Pain rages with the band’s trademark ferocity as whirring hooks race alongside tremendous beats and the immense power of front-woman Dolly Daggerz’ vocals. As guitarist Mickey Danger’s riotous riffs blast into your ears, the track’s propelled by a feisty power that’ll instantly hit you with its seething frenzied energy. Of the track, Daggerz explains: “It’s like being so totally seduced that you’d sell your body, but wanting to run and hide somewhere on the opposite side of the planet simultaneously! It’s about that sense of danger that we’re sometimes attracted to.”
Tokyo Taboo’s upcoming album was funded in part by a hugely successful Pledge Campaign. During day three in the studio the band had already reached their funding goal and their fans continue to pledge as momentum builds and the single release date draws closer. Recorded in California by Noah Shain (whose most recent production Badflower’s ‘Ghost’ is currently occupying Number 1 in the US rock chart), the album showcases how the band have really honed their sound since their debut, developing musical layers and refining production to create something utterly unique. Shain describes the new single as “… a swampy, sexy exploration of doing something you know is bad for you because, in the moment, it feels so good. It’s a gutbucket romp through obsession, lust and desire.”
Initially forming when Mickey auditioned for Dolly’s solo project many years ago, Tokyo Taboo have built quite a reputation for their spectacular, character-driven - and often shocking - vibrant live performances. Now, with their debut receiving acclaim from the likes of Radio X’s John Kennedy, BBC Radio 1’s Huw Stephens, Clash and Punktastic, they’re ready to take on the world once again with the mind-blowing power of No Pleasure Only Pain. And, with a UK tour soon to be announced, plus more new music on the way next year, you’d better keep your eyes on Tokyo Taboo. We’re sure Dolly wouldn’t have it any other way.
No Pleasure Only Pain is out now via TT Records. 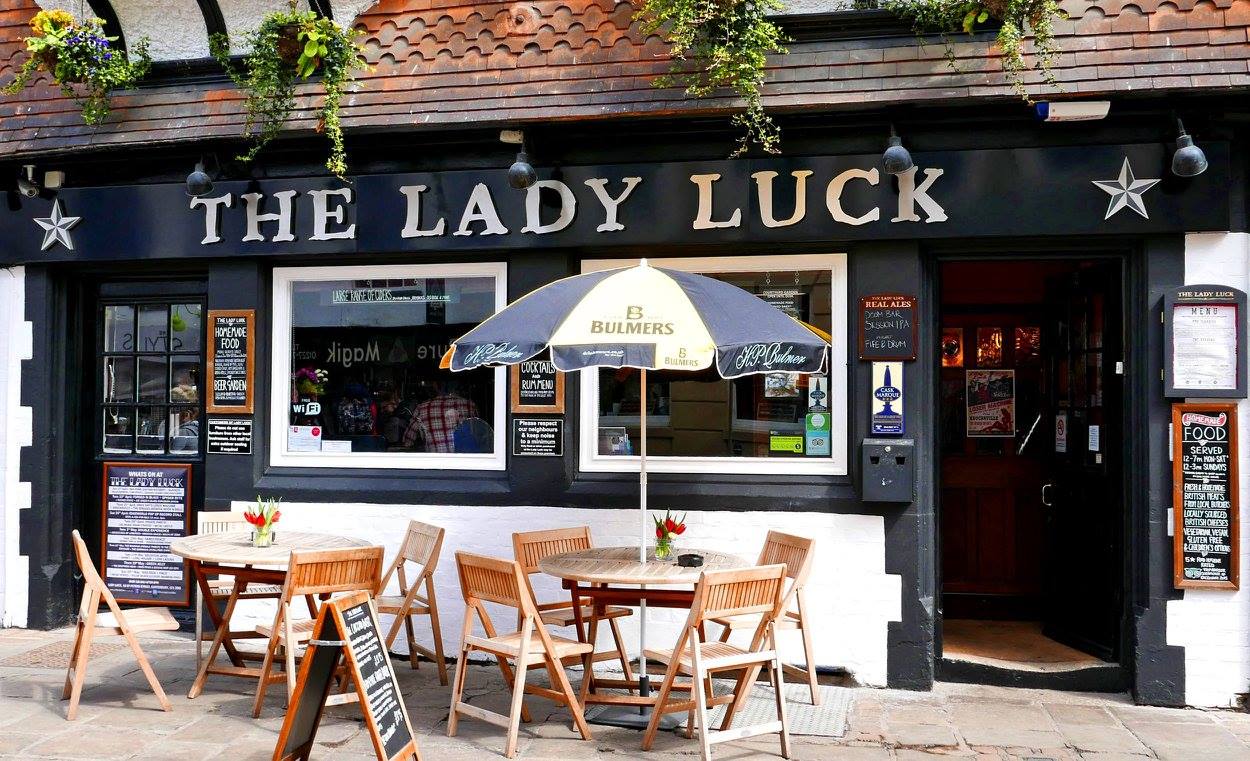 The Lady Luck is a Rock 'n' Roll Bar in the heart of Canterbury. A unique and friendly bar with a jukebox showcasing some of the best in rock n roll, punk & metal bands from the 1950s to the present day.

We Stock a wide range of Real Ales, Ciders, cocktails & Specialist Rums. During the day we serve Freshly prepared Homemade Food and at night we have regular events such as Dj nights and live music.

Enjoy our daily papers, board games, pool table and relax in our secluded courtyard beer garden.