Excursia was formed in 2015 by best friends A’Dan Shide and Sam Hill. Hailing from the North Caerphilly area of South Wales, they went on the hunt for local talent to join them in their love of Heavy Metal music. They soon recruited Callum Fraser to add Bass to the group, and Leia George swiftly followed on drums.

The band spent a few months with a very talented singer fronting the band, but it didn’t work out, and they started searching for another vocalist.

Luckily Lewis McGuire answered an ad the band had placed and quickly settled into his new role.

Lewis is a prolific lyric writer and Excursia’s first EP was soon recorded. Released on 2/10/17, it is available on all good music sites for sale and for streaming.

Unfortunately, Leia secured a place at university in Nottingham and has since left the band, but Harry Paulett has stepped up to the challenge and is providing some awesome talent behind the drums.

Excursia have started to build a reputation as an energetic and engaging live band, and they have built a small but solidly loyal following.

2018 has so far been amazing, with the band winning a spot at Byline Festival in August, gigs supporting Evyltyde, Democratus and Mentallica, and our first headlining gig at the awesome Dragonffli.

Come see us at one of our gigs and don’t forget to secure your copy of our EP Rise, which has just been re-released with extra tracks! 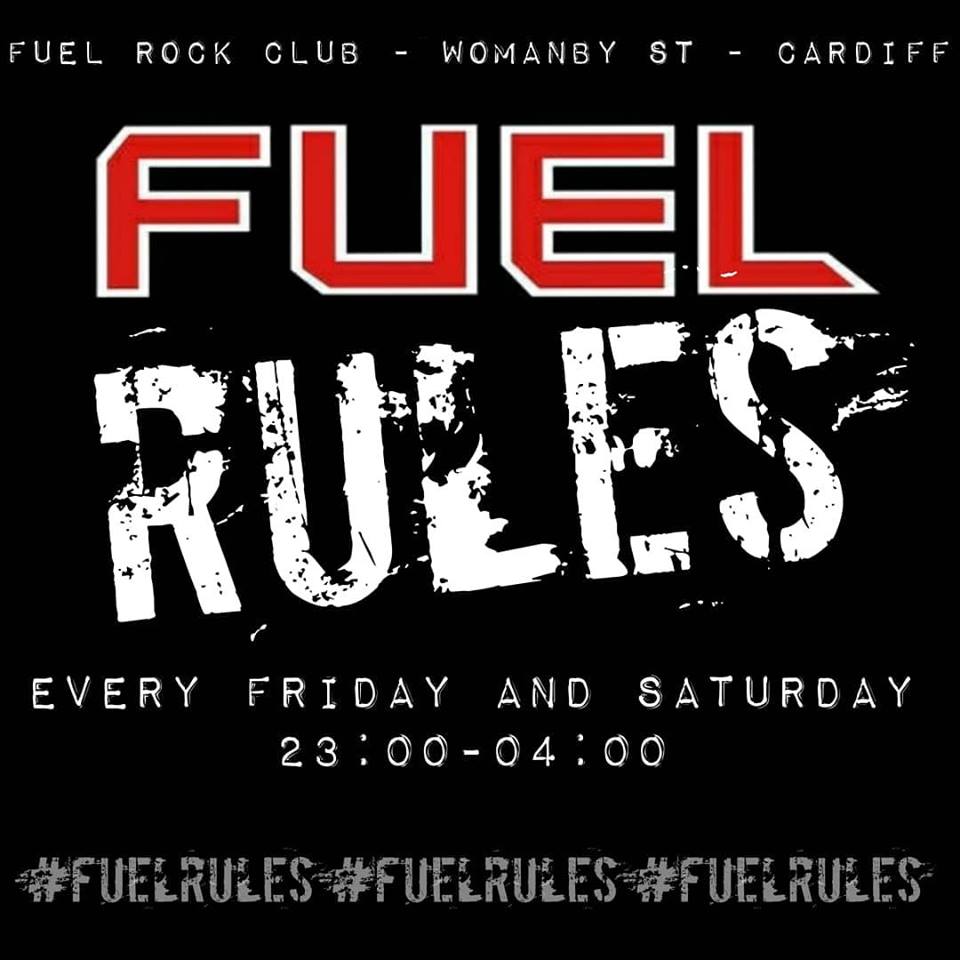 Fuel started life as a club night on September 9, 2006 after a local DJ & rock fan realised that there weren't enough places that played the music that he and so many others loved. After outgrowing it's first venue and then surviving the closure of it's second venue, Fuel moved to it's present full-time home on Womanby Street, in the heart of Cardiff's music quarter.

Fuel is now the ONLY dedicated rock & metal venue in Cardiff, providing a hub for all fans of heavy music and carrying on Cardiff's tradition of legendary rock venues.

With a mixture of club nights & live events, Fuel has something for every rock fan!

WE COME FROM ASHES with Excursia, NO:IR and Lead By Lies