Charlie Dore is one of the UK's most respected singer songwriters. In an unusually diverse career her songs have won two Ascap awards, an Ivor Novello nomination, both the Overall Grand and the Folk Prize from the International Acoustic Music Awards. Her 2017 album Dark Matter won both Album of the Year and Best Lyrics from the US Indie Acoustic Pr...

Acclaimed guitarist and composer Clive Carroll has created a
sound world all his own, with a signature blend of warmth and
humour that belies his dazzling technical skill.

Irish born Heidi Talbot became well known in the US as a member of Cherish the Ladies but now lives in Edinburgh, teaching yoga in her spare time. With a background like that, it's hardly surprising she should develop a style that switches easily between Celtic and Americana, but subtlety is Talbot?s magic ingredient. From her ?mesmerising? and ?in...

Painted Sky have only recently emerged onto the UK folk scene, but they have already made a lasting impression with their progressive acoustic sound. Original material thoughtfully balances the duo?s roots in traditional English music. They seamlessly blend tunes from further afield too, from the complex rhythms of Eastern Europe to the fiddle stom...

A chance meeting with world-renowned guitarist Gordon Giltrap in 2011(when he invited her onstage during one of his shows when the support act backed out), led to his mentorship of this strong songwriter and performer. This is a rare chance to see them perform together again. 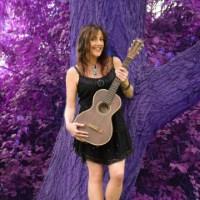 One of the nation?s very finest fiddle players with a reputation for his sandpaper dry wit, joined by pianist Michael Biggins, who graduated from The Royal Conservatoire of Scotland and won Radio Scotland?s Young Traditional Musician of the Year for 2021.

Born in Massachusetts, but raised in Vancouver Canada, Suzie Ungerleider has recorded for many years under the name ?Oh Susanna?, releasing seven albums and two EPs in this guise. Inspired by the well-known song by Stephen Foster, a prolific writer of American folk songs, her artist/recording identity sat well with her American folk roots. She desc...