Occupying two tunnels under the city, our focus at Tunnels is bring you the best nocturnal entertainment in town.

Top Djs from around the globe are a regular feature in our subterranean rave cave, where you will find all the best clubnights going down.

We also host great live music from established touring bands to supporting the fresh meat newcomers. We all need a platform right?

As well as bringing you all the best music we also host some real out of the ordinary parties with burlesque, comedy, magic and danger shows all helping add some spice to your life.

We look forward to welcoming you to our beloved dungeon soon.

Tunnels can also be hired for your private function so get in touch and we will see if we can help you.

Astrid hit Aberdeen as part of their 'The Storm Sessions Acoustic Tour'. Join Willie Campbell & Charlie Clark for a special stripped back show.

Torridon are an award winning Scottish trad-folk band from the Highlands. Their live show has seen them become a favourite on the festival circuit.

TLF team with with new kids on the block Xperiment to bring you a rising start that’s going stratospheric though the techno scene . T78 is one of the most

Stanley Odd are an alternative hip hop band from Scotland. Their explosive live shows have earned them a loyal and ever expanding fanbase.

Following his amazing support slot with Tom Walker, we’re delighted to have Cameron Barnes back for a headline show this July.

One of our favourite bands right now are back The Ninth Wave return to Aberdeen in August for what’s certain to be another special show. 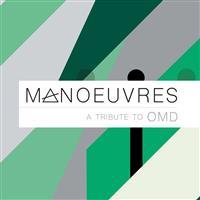 Frazi.er - Open To Close // The Tunnels

Alone With Everyone presents James Zabiela

Apostille Plus Heir Of The Cursed

Teeth Of The Sea (rocket Recordings)

Declan Welsh and the Decadent West

Tribute to DZEM by BARBER Q