The Continental was Camra West Lancashire Pub of the Year 2010 & 2011, with a range of six changing ales, including a house beer especially brewed for us by Marble Beers, artisan ciders, speciality European and US beers both on tap and in bottle, award-winning wines from Byrne’s of Clitheroe, a great range of soft drinks and the best beer garden in town.

Our regional, seasonal kitchen serves up restaurant quality fresh food with daily specials and favourites, and we’re the indie culture venue of choice in Preston with cinema, theatre, music and more on weekly in our arts space.

Situated on the banks of the Ribble, just a brief walk away from the city centre and adjacent to picturesque park land, The Continental is an oasis of fine food, drinks and atmosphere. We hope to see you sometime soon.

With Afro-Cuban duo SON Y RUMBA taking you on a Cuban musical journey to the sounds of traditional Afro Cuban music; Salsa, Rumba and more

Laid - A Tribute To James

JAMES tribute LAID have hit the scene with lightning pace, receiving high praise everywhere they play. Bookings all over the country are coming in thick and fast and the band have marked their territory as the leading tribute to one of the best bands to come out of Manchester.

With a blistering set consisting of all the classics the international tribute band Deeper Purple feature the best reproduction of Deep Purple. 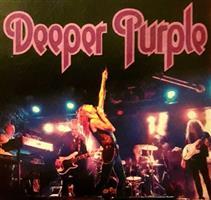 Six-piece Lancastrian band The Balkanics formed for an impromptu gig in 2007 and enjoyed it so much they've been playing ever since.

They draw upon a wide range of musical influences that reflect the band members' diverse backgrounds which range from pub sessions and ceilidhs to orchestral music. Their focus upon instrumental music encompasses ...

DEEP CABARET is the culmination of bandleader Steve Lewis' life's work: to make a band that curates all the musics that fascinate him - jazz, improv, African, folk and leftfield pop. To use that music to set fragments of text taken from novels, journalism, spiritual and other texts that have interesting things to say about being human.

The Four Horsemen by Jake Urry

The Life of Brian meets The Young Ones The Four Horsemen is a satirical comedy which brings the fabled Horsemen into a contemporary setting...

The Hellfire Preachers - The Beatles Show

Xmas Punk Attack! 999 And The Lurkers

Paines Plough: I Wanna Be Yours

I Wanna Be Yours By Zia Ahmed

Trollope - a Comedy by Ronnie Leek

The F**k It Button By Ali Kahn

We Are Not Devo

My Jerusalem By Avital Raz