People that don't really know us may consider a bikers pub to be the last place on earth they would want to visit, or do business with, but bikers and visitors to The Vic come from all walks of life, from Surgeons to Lawyers, Actors to Nurses, we are a close-knit community but always welcome strangers that are interested enough in finding out a little more about the scene.

If your idea of going out is to feel comfortable in the surroundings, listen to some good live rock music, have a laugh and not have to watch your back, The Vic is right up your street.

Generally The Vic is for the more mature clientele, we don't encourage rowdy youngsters inside, bikers ‘n’ truckers and live music lovers is basically who we cater for, plus any laid, back easy going, happy go lucky souls looking for a comfortable place to have a drink, and they love the place due to the safety feel.

The Vic is the global HQ for OAP mcc the over 60s motorcycle club, you can get humourous T shirts from our online shop, they meet every friday morning 10am till 2pm.

In the summer we have bikers from as far as Cornwall to Scotland, Anglesey to Hull, just to visit us, even abroad, we have had bikers from France, Holland, Belgium, Germany, purely to visit The Vic for a weekend of rock music, ride out’s, and British hospitality, many come camping, some stop in our hostel, we have 25 beds.

We even had 2 bikers from New Zealand camping, they were touring the UK and taking in The Isle of Man TT races, but even that far away they had heard of The Vic in Coalville, so camped with us for 5 nights, many bikers travelling to the TT races from abroad usually stopover to break the journey up, recently we have bikers in from Melbourne in Australia,and a biker called Ray who worked for the American Military as a gunsmith,he had heard of the pub whilst in Korea,and used to be in the California Highway Patrol,he left his badge as a momento for anyone to look at.

The Big One, is on a Thursday night, its our big bike night, first one was Jan 5th,1994 and an abundance of all sorts, from Harley Davidsons to Lambrettas, vintage to modern superbikes, with classic rock sounds drifting into the car park from the disco inside mingling with the smell of fried onions from the burger van, makes a great atmosphere, you need to get there early on a good night as parking can become a problem.

Friday mornings from 10am until 2pm we have OAPmcc meeting for retired bikers, shift workers,and anyone with a few hours to kill, classic vehicles and anything old n bold are welcome.

We host a BIKE BOOT every Sunday afternoon from 12 noon till 4pm, anyone wanting to sell any motorcycle items are welcome, ‘’free’’ trade space is available.

The Moxters of Rock is held once a year, always the nearest Friday and Saturday to mid-summers day, in it is on June 22nd and 23rd 2018 whereby 15 top tribute bands play, tickets are £40 each for a weekend ticket and has never failed to sell out.

The pub is gaining popularity on a daily basis, and has been on television many times, featured on Holiday Showdown, Pub of the week on The Al Murray Show, been awarded top Bikers and Truckers pub by The Oldie Magazine, Richard Ingram from the TV series `Private Eye` is the editor, Best bikers pub by Motor Cycle News, featured in The Rough Pub Guide as one of Britains top 50 pubs, featured in a BBC1 documentary on middle age bikers, and written about at some point by every motorcycle publication in the country, and of late featured on Channel 4s FOUR IN A BED series.

The Vic is the first bikers pub in the UK to be recognised in a way that Leicestershire County Council have installed brown tourism signs for us.

In fact so popular has The Vic become one little lady from Texas has had a tattoo of the logo on her back.

Give us a try,!!!!!!!!!!!!!!! The Vic has helped put Coalville on the map probably more so than any other attraction and has run more charity events than most would endeavour to…..

On Jan 1st, or 2nd if it isn’t a work day, we host the Brass Monkey Run, started in 1994, bikers travel to the Vic from all over the midlands to join in the ride around The Charnwood Forest.
This event raises hundreds of pounds for Rainbow’s childrens hospice in Loughborough,

Riders for Health did benefit from us,( look at their website :- www.Riders.org ) we did help with the Day of Champions at Donington Park until they moved the GP to Silverstone, the ride out started at Mallory Park, 400 plus riders would head for The Vic, and we fed them each a bacon butty tea or coffee, we have 2 hours and get through 20 pound in weight of bacon, 20 gallon of water for drinks, the idea was a few of the GP stars came to The Vic for breakfast, and we turn it into a chat show on stage, after this, the bikers would leave for Donington Park, this attracts a lot of media interest as it raises close to 200 grand for there cause, Princess Anne is patron of the charity and we have been lucky enough to meet her at the charities open day, and she shown a lot of interest in what we are doing at The Vic.

Famous faces are plentiful, Martin Johnson the England Rugby star paid us a visit, James Toseland the 2004 and 2006 world superbike champion has played with his band ‘CRASH’ many times to help raise money for Riders For Health, Chas‘n’Dave was here to, Eric Bell co-founder of Thin Lizzy, The 2 Hairy Bikers dropped in to help cook the bacon one year for the Day of Champions ride in, and were astounded at the level of organisation needed to make things run smoothly.

Listen to The Vic Anthem or check out the Brass monkey run on the front page of the website, see what bands are playing or even sign up for a Vic newsletter, The Vic promo video is well worth a look at, let your hair down, put on the headphones, air guitar at the ready and away you go http://youtu.be/Jv__KcOLJlg?hd=1 we hope to see you one day. The Vic Team

Troyen first graced the NWOBHM scene in early 1981. Despite a promising arrival, the band were sadly to part ways late on in 1982 due to financial issues and related ?rock and roll stuff?. They re-formed in 2014 after 32 years apart released the 9 track CD "Finish What You Started" and have undoubtedly come back onto the scene with energy and deter...

Special brew originally from Leicester but have lived in Tenerife for the last 30 years are back!! John Cusack (Leicester Legend) & Showbiz Ollie (2X T.E.A- Award winner as seen on TV) will be performing on Sunday 24th October at 5pm
Playing Classic Rock,Blues,Country,Irish and more.
DO NOT MISS THIS FABULOUS DAY!!
Book tickets now!

THE BARKING MAD HALLOWEEN SHOW IS BACK !! ONE OF THE HIGHLIGHTS FROM LAST YEAR IS BACK WITH AN AMAZING LINE UP ( SEE POSTER FOR DETAILS 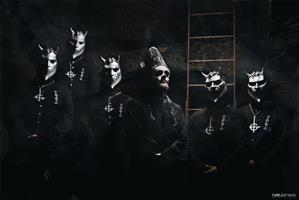 Speaks for itself---------one of the finest tributes around

Speaks for itself,one of the finest tributes to Metallica ever !! 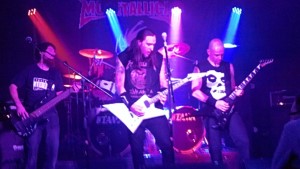 Unearthed Presents Solar Shift And Forever In The Making

My The Darker My Horizon & Friends *saturday Ticket *

The Darker My Horizon

A Festival Of Uk Country Music

Audiorage Tribute To Audioslave And Rage Against The Machine

Footy In The Front Bar The Relaxed Viewing

Footy In The Front Bar

The Lynne And Mccartney Story

Mini Moxters Of Rock With Ac/dc Tribute Let There Bdc

A Band Called Malice A Tribute To The Jam

England Vs Scotland The Relaxing Viewing

Millie Manders and the Shutup

Millie Manders and the Shutup

Millie Manders and the Shut Up

Doctor and the Medics, An Evening with Clive Jackson

Camping For Part Time Heroes Does Not Include Admission Into Gig

Camping For The Interceptors

Camping For Ska Waddy Does Not Include Admission Into Gig

The Darker My Horizon

Camping Ticket Only For The Darker My Horizon

Camping For Part Time Heroes Does Not Include Admission Into Gig

Elo Beatles Beyond [the Lynne And Mccartney Story]

60s Night With Spirit Of The Sixties

The Killaz Uk Tribute To The Killers

Chop Suey System Of A Down Tribute