Petty Theft And The Heartshakers

SMOOVE & TURRELL
Northern Funk superstars, Smoove & Turrell, have been one of the most consistent performers of a unique UK soul style in the last 10 years. BBC 6 Music Presenter and fellow soul head, Craig Charles, rates them highly; ?To say Smoove & Turrell are one ...

Daggers And Henry; Live And Loud!

'Under the Posts' events are proud to bring you Charles Dagnall and Henry Moeran 'Live and Loud' for one night only.

The commentating duo along with their backing band, The Flying Love Leopards, are going to rock your world in aid of the Teenage Cancer Trust at the world-famous 100 Club. Every day, seven young people aged 13-24 hear the words "you... 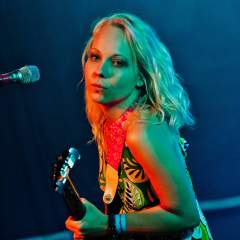 100 Club Presents By Arrangement With Selective Agency: The Real People

The Real People, or "The Realies" as they are known to their fans, formed in 1987 and over the following four years were as pivotal as The La's and The Stone Roses in reinventing rock & roll, after the synth-led new wave music which had dominated the 80s.

Italian Ska/RockSteady/Soul giants The Bluebeaters are back with an exclusive London concert... 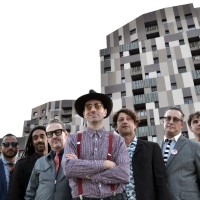 Lee O'brien - This Is Me

The Business - Triumphant Return To The 100 Club, London

Big Boy Bloater And The Limits London May 2022

Shabby Road Get Back

100 Club Presents: The Orielles, Do Nothing, Blanketman

Las Battle Of The Bands

Pop Will Eat Itself

Tales From The Woods

Nosferatu With Rat Scabies Plus End Of Green

100 Club Presents By Arrangement With Selective Agency The Real People

Tales From The Woods

Mickey and the Soul Generation

All Killer No Filler At 100 Club

An Acoustic Evening with Brian Fallon

Popa Chubby + The Blues Against Youth

Kool As The Gang

The Business Live At The 100 Club

Christmas Up The 'undred Starring The Fabulous Lounge Swingers

Alejandra Burgos 'out Of My Blue Tour'

David Devant and his Spirit Wife

The Chesterfields + The Waltones + Rodney Allen

The Celtic Social Club & The Newcranes