The River Rooms is a fun, friendly, safe and relaxed venue/club.

A life long admiration of George Michael and his uncanny ability to impersonate his idol, formed the basis for this stunning performer's spectacular portrayal of George.

Featuring George Michael's many solo hits, this flawless show is also a beautifully nostalgic journey of Wham classics. This...

Born In The Eighties

What do you remember about the 80's? Where were you when you heard Michael Jacksons Thriller for the first time? Can you remember Madonna launching her first tour? Did you watch NASA launch the first Space Shuttle into space? Can you remember shoulder pads being fashionable? How big was your hair and how much hair spray did you use? What did ...

From the opening beats of Waterloo to the final notes of Thank You For The Music, Swede Dreamz will take you on a journey through some of ABBA's greatest and most memorable hits including Dancing Queen, Mamma Mia, Take A Chance On Me,SOS, Fernando, Chiquitita, Gimme! Gimme! Gimme!, Knowing Me Knowing You,Money Money Money and many more. 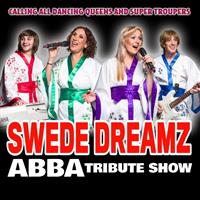 White Tygër have been regarded as one of the best Rock Tribute acts in the UK/Europe, they play only the greatest rock songs from the likes of AC/DC, Guns N Roses, Bon Jovi, Motley Crüe, Metallica, Whitesnake and many many more.

Made up of members of what were two very popular Midlands original bands 'Dementia' and 'The Remedy' their stage show...

The 1st and ONLY 90s Dance Tribute show in the UK and possibly the world!

Ultra 90s play the best classic chart, dance and club anthems from the 1990s high energy show creating such a vibrant, buzzing atmosphere that you just have to get up and dance...This is a full live band with dancers! Children, Dreamer, Don't Stop Movin', Don't You Want My ...

The Smiths Ltd were formed in Manchester, UK the hometown of The Smiths.

After an extensive search to find the perfect Morrissey, the band played their first gig in Manchester to an audience of avid Smiths fans. The response was spectacular and The Smiths Ltd now play at venues and festivals all over the UK.

If you never saw The Smiths then this ...

Battle Of The Decades

Flash - A Tribute To Queen

Flash A Tribute To Queen

The Weekend Anthems By Killerstream

Born In The Eighties

The One Love Band