Owen Spafford (Cosmo Sheldrake, Don?t Feed the Peacocks) and Louis Campbell (Sam Sweeney, Solo) met as teenagers, as part of the first cohort of the National Youth Folk Ensemble. Since forming their duo in 2018, they ha...

Straddling the line between Folk, Blues, Country, and Roots, HussyHicks have earned themselves a mighty reputation, growing, from festival openers to festival favourites, seeing the group now appear at the biggest blues and roots festivals in Australia, The USA and across Europe while selling out their own tours across the three continents. 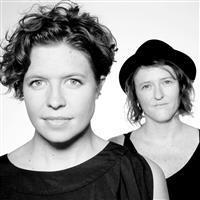 London?s longest-running alternative comedy night returns to Aces & Eights in Tufnell Park with another lineup of some of the best, most inventive comedians on the circuit! This month?s headliner is Robert White (runner-up, Britain?s Got Talent)!

Formed after an impromptu session backstage, the Honeybees gave their first public performance on Stage 2 at the Cambridge Folk Festival. Fatea described the trio as 'Stunning! Three superb voices that worked so well together and hopefully it won't be a one-off.' Indeed it wasn't and the trio returned to Cambridge Folk Festival in 2022 for a return...

"Funny and insightful, she is one to keep an eye on as she inevitabl...

Eat Your Own Head / Too Piste / Cabiria / Jomo Tuun

The Foxglove Trio And Brown Boots!