Unite Against Hate Festival returns to Jac's, Aberdare for the 3rd year running.

Supporting and raising awareness for The Sophie Lancaster Foundation.

This is a rescheduled date from Friday 27th March 2020. All original tickets remain valid

An powerful Alternative Rock band from Cardiff. The band formed in 2012, and have since performed at South by Southwest (USA) and also released thier most recent album "A Short O...

★ UK Blondie - A Tribute to Blondie ★

A superb full tribute band to one of the greatest bands of all time, BLONDIE! Their show is produced using the latest in sound and lighting technology integrated with a visual experience, using specially acquired footage from the USA, stunning costume changes and s... 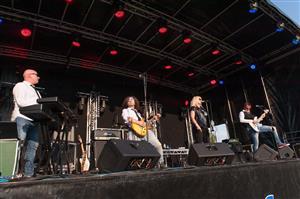 Brit-Pop legends "Space" best known for their 90s hits "Female of the Species", "Me and You Versus the World", "Neighbourhood", and "The Ballad of Tom Jones" (the latter a duet with Cerys Matthews of Catatonia) return to Aberdare! Being noted as one of the more weird and ambitious bands to have come out of...

We Are Not Devo @ Jacs Aberdare

Jacs Aberdare presents: || We Are Not Devo ||

Pay attention to your Gut Feeling, come watch us and spend quality time with your friends Jerkin Back 'n' Forth to avoid fast falling Space Junk. Don't Shrivel Up for the Girl U Want; Be Stiff. Use your God given Freedom of Choice to Slap Your Mammy or simply Whip it good, because with us, Uncontrollab...

The Offspin (europe's No.1 Tribute To The Offspring)

Fistful Of Rage "rage Against The Machine Tribute" @ Jacs Aberdare

Sid and the Scatterbrains

Doctor and The Medics

Who Saves The Hero

One Mark and a Frank

Shirley Bassey 'This Is Me' Tribute